A study on the plastic waste titled "Quantification and evaluation of plastic waste in the United States" has been published in the journal Resources, Conservation and Recycling. 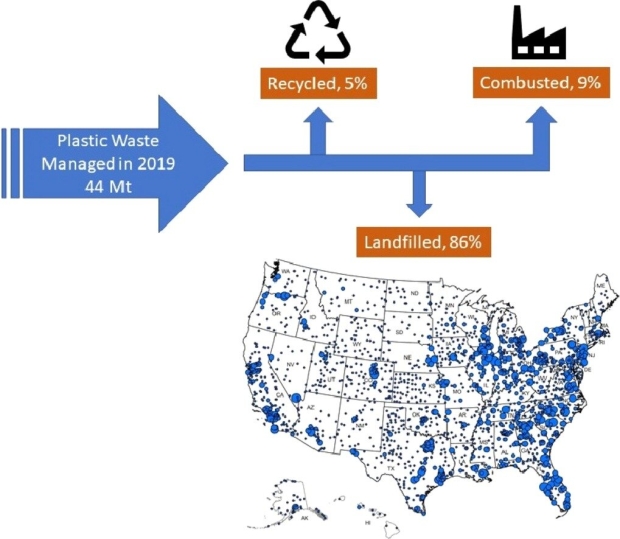 The United States Department of Energy's (DOE) National Renewable Energy Laboratory (NREL) has estimated that in 2019, the country sent an average of $7.2 billion worth of plastic to landfills. It has also been estimated that though the upfront cost of setting up recycling systems may cost more in the short term than cheaply disposing of plastic waste in landfills, a circular plastic economy could save between $4.5 billion and $9.9 billion.

The NREL estimates that plastic waste in the United States amounts to 44 million metric tons. A different methodology used by the Environmental Protection Agency estimates the amount to be 32.2 million metric tons. New recycling techniques would provide incentives to create a circular economy, reclaiming billions of dollars and the embodied energy of the waste plastics, the amount of energy used to manufacture them, equating to about 12% of the energy consumption of the country's industrial sector.

"For us to tackle plastic waste pollution, we really need to understand better where those resources are. We would like to bring awareness to communities about the potential for these materials. I'm hoping this paper also increases awareness for industry and investors to look for opportunities," said Anelia Milbrandt, a senior research analyst at NREL and co-author of the new paper.

"Plastic waste is not just an environmental issue. It's a waste management issue. It's also a land use issue because landfills are closing in many areas. What do we do with all that waste? It has to go somewhere. I believe local governments and industry developers will see a benefit of this report by providing them information to support decisions," Milbrandt continued.