The European Space Agency (ESA) has posted a new video to its YouTube channel as part of its Cosmic Kiss mission.

The video is sped up by eight times and shows astronauts from Expedition 66 floating throughout the inside of the International Space Station (ISS) as it receives an orbital reboost. The ISS is periodically reboosted to help it maintain its orbit, as it loses about 100 meters of altitude every day due to atmospheric drag.

In March 2022, a reboost was performed with the help of Russia's ISS Progress 70 cargo craft, firing its engines for several minutes until it returned the station to its proper altitude. At the correct altitude, phasing for visiting vehicles in the future is optimized for when they arrive.

While the reboost maneuver is carried out, the astronauts inside the station move at the same speed and in the same direction as before the maneuver was initiated. As they make their way toward the camera before balling themselves up, you can see that they are not actually moving but that the space station is moving around them. 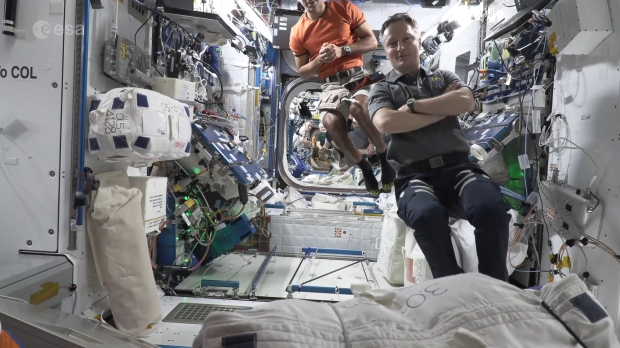