The Moskva was a Russian cruiser class warship that Ukraine has allegedly sunk. 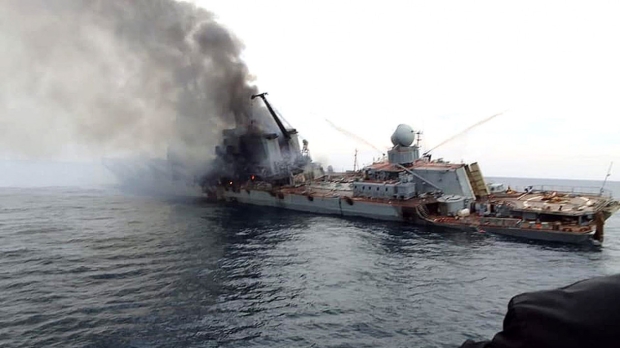 Ukraine claims to have sunk the warship while it was in the Black Sea after striking it with a Neptune anti-ship cruise missile. However, Russia has disputed this, admitting the Moskva has sunk but not that Ukraine attacked it and caused it to sink.

According to Russian news agency TASS in 2020, the Russian Orthodox Church acquired a piece of the True Cross, the cross upon which Jesus Christ was crucified. The Russian Orthodox Church told TASS that it would place the piece aboard the Moskva, in keeping with the church's close ties with the Russian military. Previously, members of the clergy has blessed Russian weapons of all sizes, even up to nuclear weapons.

"This relic used to belong to a Catholic church but was acquired by anonymous patrons of arts, and it was their will to send the relic to the [Black Sea] fleet. The Moskva cruiser has an onboard chapel, where services take place," Sergiy Khalyuta of the Russian Orthodox Church told TASS.

The ship's crew managed to evacuate before the ship inevitably sunk to the seafloor. However, it is unknown whether or not the piece of the True Cross made it off of the ship, if it was ever on board.

The Quest for the True Cross