The Ingenuity Mars helicopter that accompanies the Perseverance rover has been spotted by a satellite orbiting the Red Planet. 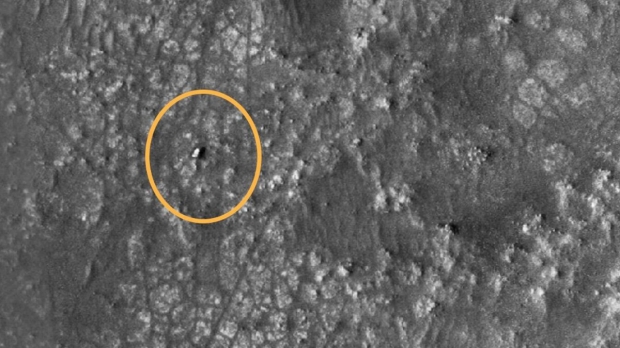 NASA's Mars Reconnaissance Orbiter (MRO) spotted Ingenuity with its HiRISE camera, which can capture 28-gigabit images in only six seconds. Ingenuity's rotors only span four feet (1.2 meters), making the image an impressive capture. HiRISE is often used to track the status of assets on Mars.

Currently, the Perseverance rover is located on fractured bedrock, which makes up the Maaz Formation. The rover is traversing over the formation, which is likely of volcanic origin, to reach a deltaic deposit several kilometers to the north.

Ingenuity is 200 meters west of Perseverance after completing its 23rd successful flight since deployment. The team behind the Mars helicopter initially planned for 18 total flights, but Ingenuity continues to excel. More flights for Ingenuity mean it will likely be imaged again by NASA's MRO as Perseverance heads to its target.

More details and full-size images taken by the HiRISE are viewable on the HiRISE website. 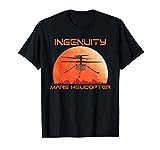