There is much that researchers don't know about the moon, but every day scientists are taking steps toward developing a deeper understanding of its history. 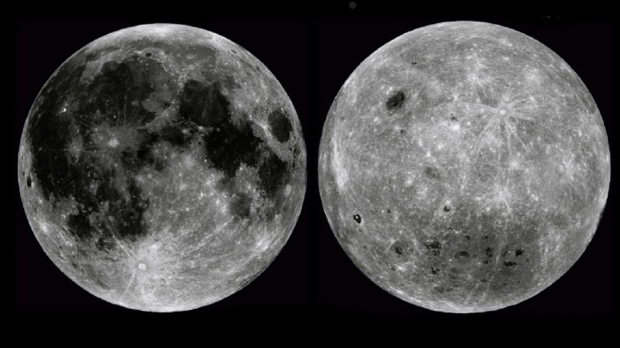 A team of researchers are attempting to answer one of the biggest questions about the moon, why is the far side of the moon so different from the near side? According to a new study recently published in the journal Science Advances, the difference in the moon's front and back may have been caused by a massive asteroid impact that happened billions of years ago during the moon's early development.

The study's lead author Matt Jones, a Ph.D. candidate at Brown University, said that researchers know that a large asteroid impact caused the South Pole-Aitken, a colossal impact crater on the far side of the moon that measures around 1,553 miles in diameter and between 3.8 and 5 miles deep. The impact from this asteroid would have generated a lot of heat that the researchers say affected the moon's interior dynamics.

"We know that big impacts like the one that formed the South Pole-Aitken would create a lot of heat. The question is how that heat affects the moon's interior dynamics. What we show is that under any plausible conditions at the time that SPA formed, it ends up concentrating these heat-producing elements on the nearside. We expect that this contributed to the mantle melting that produced the lava flows we see on the surface," said Matt Jones, a Ph.D. candidate at Brown University and lead author of the study.