AMD is gearing up to its next-gen RDNA 3 GPU architecture, and during GDC 2022 we've got game developer Arkake Studios -- the team behind DEATHLOOP -- presenting at GDC 2022 with a talk called "A Guided Tour of Blackreed: Rendering Technologies in Deathloop". 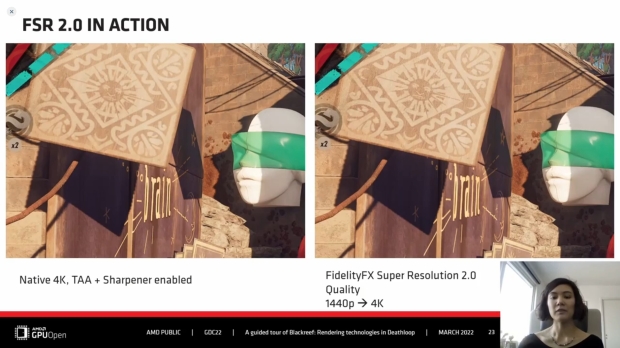 In this chat, Arkane talked about the graphics engine advancements in DEATHLOOP, with the end of it addressing AMD's next-gen FSR 2.0 upscaling technology.AMD Developer Technology Engineer Lou Kramer talked about the comparisons between the edges of the wooden pattern being better-reconstructed in FSR 2.0 (Quality Mode, shifting from 1440p to 4K) that it evended up looking even better than native 4K... with TAA... and sharpening enabled.

But when it came to DEATHLOOP, we saw Kramer talking about the input sources of FSR 2.0 into the game -- including color buffer, depth buffer, and motion vectors -- DEATHLOOP also provides exposure textures for input, but FSR 2.0 can also compute one of those on its own. 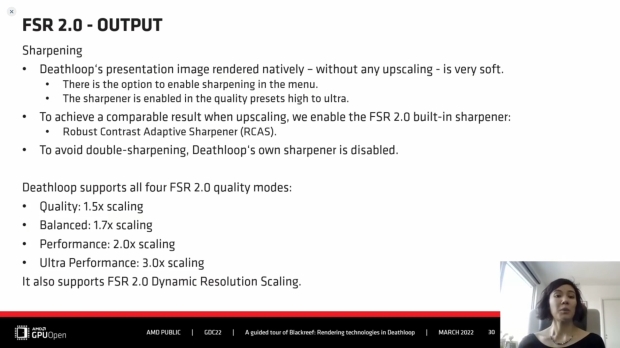 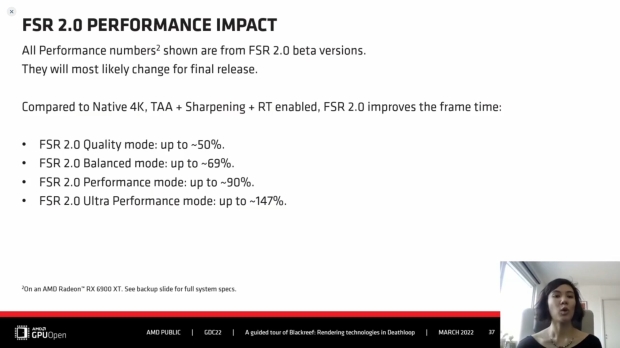 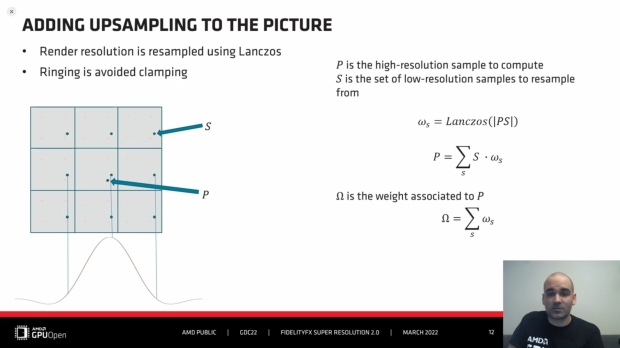 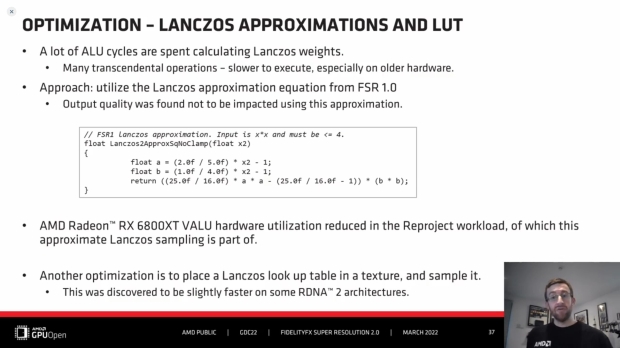 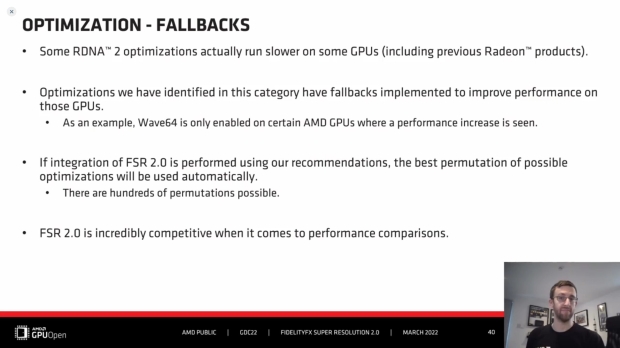 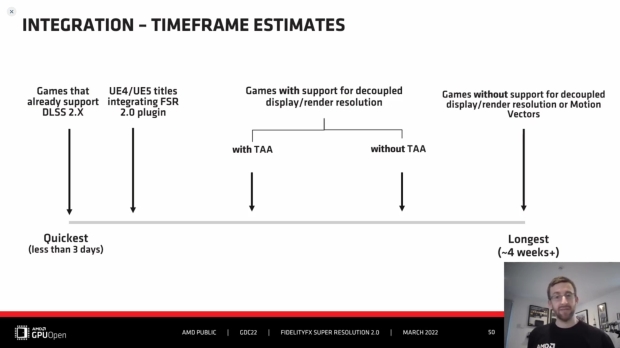