Detroit: Become Human has sold more than 6.5 million copies on consoles and PC, and Quantic Dream confirms it's working on three new games. 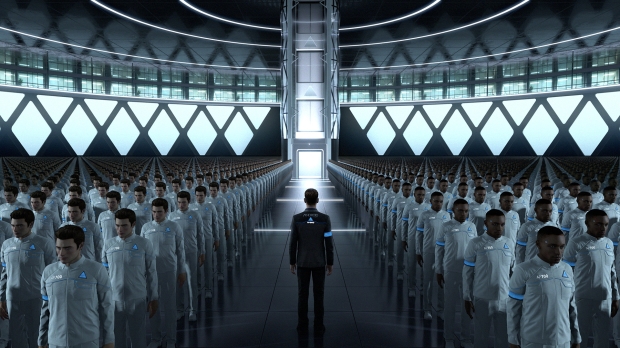 Paris-based studio Quantic Dream is ramping up its workforce for a myriad of new games. The developer is currently developing three new projects including the anticipated Star Wars Eclipse, however details on the two remaining projects are scarce (job listings reveal some tidbits, more on that below).

"Our very good financial results are explained by the robust sales of our back catalog titles, and in particular Detroit: Become Human, which surpassed the symbolic one million copies sold on Steam during the year 2021. This title is now Quantic Dream's biggest commercial success, with over 6.5 million copies sold on PC and PS4 worldwide."

The studio also says that Star Wars Eclipse and the other games have are now in full production phases of development, which might contradict reports that Eclipse is set for a significantly delayed 2027 release.

"Now that the pre-production and prototyping phases have been achieved, 2022 will mark a new progression milestone in the production phases of these three unique titles," the studio said in a press release.

As for the other remaining games, job listings confirm that at least one of them is a mobile project. Quantic Dream is hiring 7 roles for a mobile project with social elements.

There's also a curious job listing for a game economy designer that is likely connected to the mobile game because it mentions "purchase drivers," but could also be for the third mystery project.

As a Senior Game Economy Designer, you will be responsible for all aspects of the game's economic model. You will design the virtual products offered by the game, and establish metrics that allow you to measure consumer response to these virtual products during user tests and after release.

Using those metrics, you will offer data-driven recommendations to team management in order to tune purchase drivers and pricing in order to ensure the game's financial performance.

Quantic Dream has 60 job openings available in multiple disciplines across its Paris and Montreal studios for these three projects.