NVIDIA's next-gen GeForce RTX 4090 is expected to be quite the beast: not just in brute performance, where we've got rumors of double the RTX 3090 performance, and huge 600W power claims. 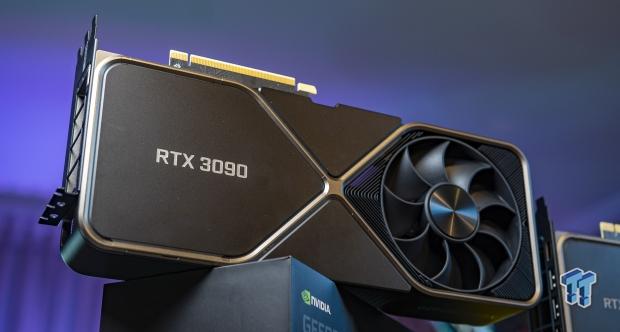 Now there's some more confirmation -- from the rumor mill, but still this source is pretty solid -- from "kopite7kimi" on Twitter. In a new tweet, he says "someone told me the xx90 with 600W TGP has been confirmed. I think it's too early to talk about it". 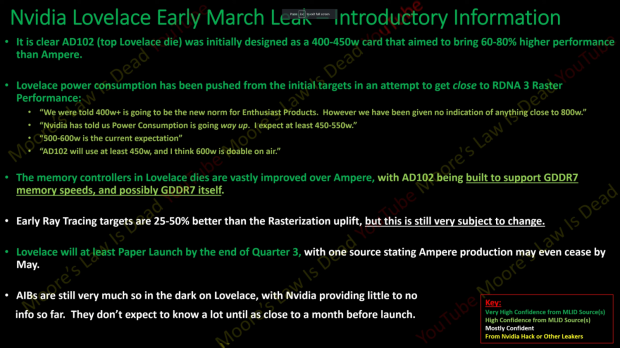 Another thing to consider is that custom GeForce RTX 3090 models from the likes of ASUS and its ROG STRIX RTX 3090, can hit up to 480W... and that's air-cooled. So 600W is not that much more, but the performance gains are going to be worth it.

Now, we should expect the AD102 GPU powering both the GeForce RTX 4090 and GeForce RTX 4080 graphics cards, with the RTX 4090 possibly being offered with the next-gen GDDR7 memory that will be offered at 32Gbps bandwidth. We should see a 384-bit memory bus, and double the performance in rasterization and ray tracing, over the RTX 3090.

You can't have double the performance of the GeForce RTX 3090, without a huge hike in power consumption -- or some incredible new GPU architecture -- but NVIDIA will be throwing multiple solutions into beating RDNA 3 with Ada Lovelace (new GPU + GDDR7 + more).