In his latest video, Tom @ Moore's Law is Dead said that the next-gen AD102 GPU -- and other GeForce RTX 40 series GPUs -- could support next-gen GDDR7 memory. Tom said "the memory controllers in Lovelace dies are vastly improved over Ampere, with AD102 being built to support GDDR7 memory speeds, and possibly GDDR7 itself".

The source continued, adding that the "AD102 memory controller was designed to handle GDDR7 memory speeds (32Gbps) and possibly built around an early 0.x GDDR7 specification. It is unlikely GDDR7 will be ready for Lovelace's initial launch, but either way NVIDIA will be able to use the fastest GDDR chips on the market in Q3. They will also have a pathway to a full refresh in 2023 with vastly higher memory bandwidth if they need to rush out an RTX 5000 series after defeat... just like Fermi...".

The timeline lines up, as Samsung unveiled its next-gen GDDR7 memory (at 32Gbps) back in November 2021, which means if NVIDIA is able to get some GDDR7 memory at around a year after that initial tease... well, we get to November 2022 and into early 2023 when NVIDIA could refresh with the RTX 5090, RTX 5080 Ti, and RTX 5080 all with GDDR7 memory.

Now, with GDDR7 memory clocking it at a rather bonkers 32Gbps... let's put that into perspective. The fastest GDDR6X memory modules that NVIDIA is using on its Turing-based GeForce RTX 3080, RTX 3080 Ti, and RTX 3090 tops out at 21Gbps. That's a near 50% increase, and should result in some truly next-gen 4K and beyond gaming performance. 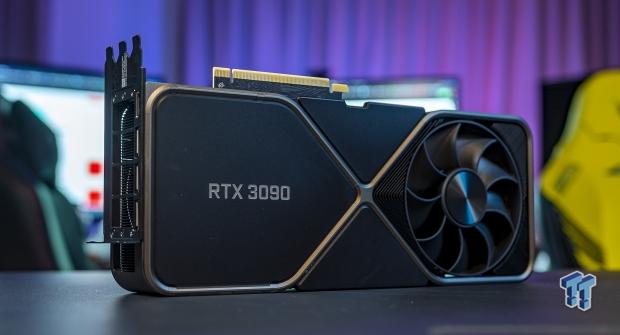