The chief of Russia's space agency, Roscosmos, has subtly threatened to crash the International Space Station (ISS) over sanctions imposed on Russia. 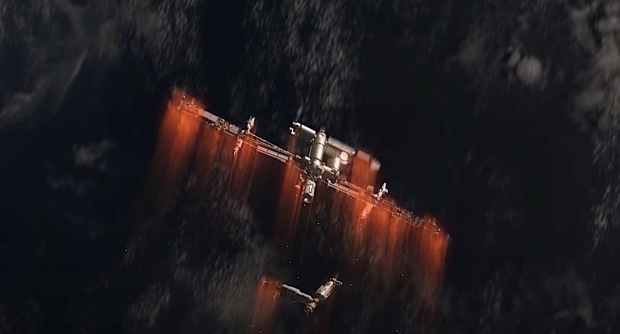 The head of Roscosmos, Dmitry Rogozin, took to Telegram to voice his opinion on Western sanctions recently implemented on Russia while reminding everyone that the Kremlin controls the segment on the station that maintains the orbit of the ISS. Rogozin goes on to say that the Kremlin corrects the station's orbit at least 11 times a year and that other countries should consider the price of the sanctions against Roscosmos.

Additionally, the Russian space agency head published a map showcasing all of the possible locations the ISS could be brought down while also pointing out the 500-tonne station has a low chance of crashing into Russia. Rogozin wrote on Telegram the ISS could "fall down into the sea or onto land". This isn't the first time Rogozin has threatened to bring down the ISS, as last month the Russian space chief took to Twitter to say, "If you block cooperation with us, then who is going to save the ISS from an uncontrolled descent from orbit and then falling onto the territory of the United States or Europe?"

To add to the growing mountain of evidence that suggests the relationship between the US and Russia is deteriorating, a Russian state-media outlet recently published a spliced video that shows the Russian module on the ISS detaching and Russian space officials celebrating.