Russia is continuing its advance into Ukraine, and Maxar Technologies' satellites have captured Russian military movements around Ukraine's capital, Kyiv. 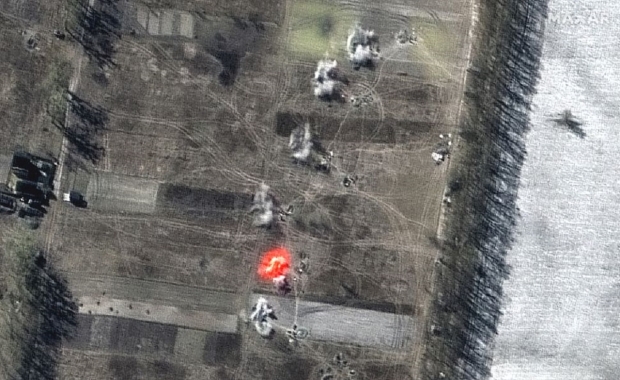 The recent images from the WorldView-2 satellite captured Russian military on the outskirts of Kyiv, firing upon Ukraine's capital. The above image shows muzzle flashes and smoke from Russian artillery and showcases what Ukraine's President Volodymyr Zelenskyy described to the New York Times as "a war of annihilation". Ukraine has reported that it has caused Russia "heavy losses in manpower and equipment". For more information on this story, check out this link here.