Research aboard the International Space Station (ISS) has potentially been thrown into jeopardy as the world watches Russia invade Ukraine.

Following the invasion, Russia was slapped with numerous sanctions designed to cripple its economy, and while this was certainly achieved, those sanctions have also increased tensions between NASA and Roscosmos, Russia's space agency. The head of Roscosmos, Dmitry Rogozin, has been very aggressive towards the ISS space program by threatening to stop cooperation and even crash the floating laboratory into the United States.

In response to these stances, NASA astronauts have taken aim at the head of Russia's space agency, with decorated NASA astronaut Scott Kelly writing to Rogozin, "your space program won't be worth a damn. Maybe you can find a job at McDonald's if McDonald's still exists in Russia." Now, Russian state media company RIA Novosti posted a video online that shows the Russian segment of the ISS detaching from the station, with Russian officials clapping and applauding.

The video features a disclaimer that states it was created with spliced footage and is "unreal events". The video was shared by NASA Watch, and on the same day, Rogozin tweeted, "The blame for the collapse of cooperation in space lies on the shoulders of the United States, Britain, France, and Germany. These countries destroyed what was created by mankind with such difficulty, what was created by the blood and sweat of those people who mastered space."

It's unclear if the video is a glimpse into what will happen with the future of the ISS or are just strange threats on the ISS space program from Russia. 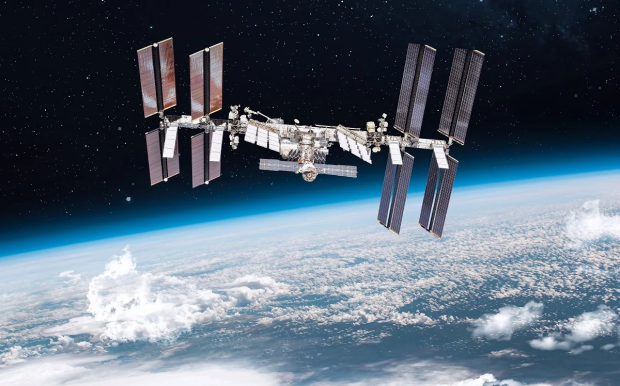