Cyberpunk 2077 is finally playable on consoles thanks to a new free next-gen patch, offering tons of upgrades and optimizations for PS5 and Xbox Series X/S hardware.

After a full year of controversy, the definitive console version of Cyberpunk 2077 is now out on next-gen hardware. The new version is free for anyone who bought the game on PS4 or Xbox One and features a bunch of enhancements including a 4K 60FPS mode (with dynamic scaling) as well as 4K 30FPS with ray tracing on. Sadly the game runs at 1440p 30FPS on Xbox Series S without any other game modes. 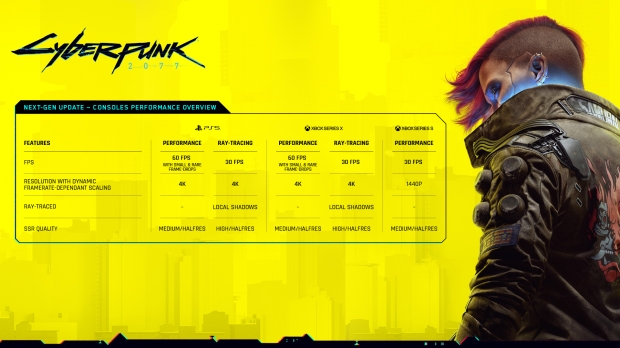 Cyberpunk 2077 has been tweaked for both next-gen consoles. On PlayStation 5, the game supports the console's Tempest 3D architecture offering 3D audio, haptic DualSense feedback, activity card support. The game also supports smart delivery on Series X/S so there's no need for multiple downloads, and sadly the PS4 trophies don't transfer to the PS5 version because it's technically a different game entirely. 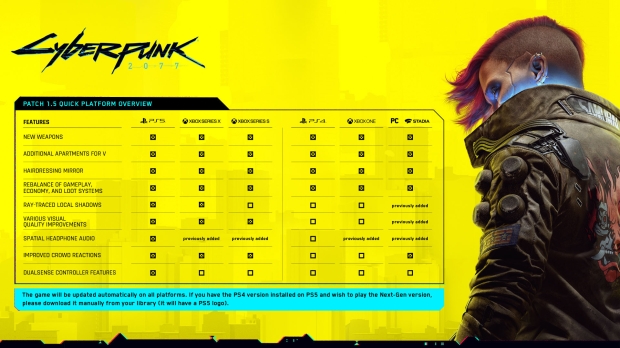 Check below for more info on the updates: