Samsung has unleashed its next-gen Exynos 2200 processor with a custom GPU based on the AMD RDNA 2 architecture, and now according to some new benchmarks, we know it beats Qualcomm's new Snapdragon 8 Gen1 chip. 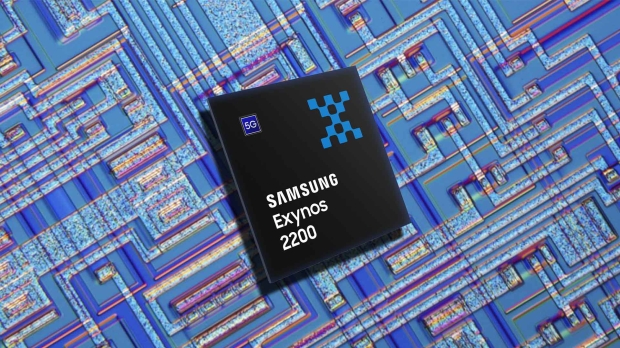 The custom GPU inside of the Exynos 2200 is called the Xclipse GPU, which has been discovered inside of a Samsung model number "SM-S908B" running Android 12 and rocking 8GB of RAM in an OpenCL benchmark. The Xclipse GPU is up against the Snapdragon 8 Gen1-powered Motorola XT2201-2, and beats it even in early form.

The biggest part here is the new custom Xclipse GPU only has a GPU clock of 555MHz -- yeah, just 555MHz and not the previously rumored 1.3GHz+ that was reported -- Samsung's new Xclipse GPU packs 4GB of memory but we don't know if it is dedicated memory, as in 4GB of VRAM, or if its 4GB of shared DRAM. 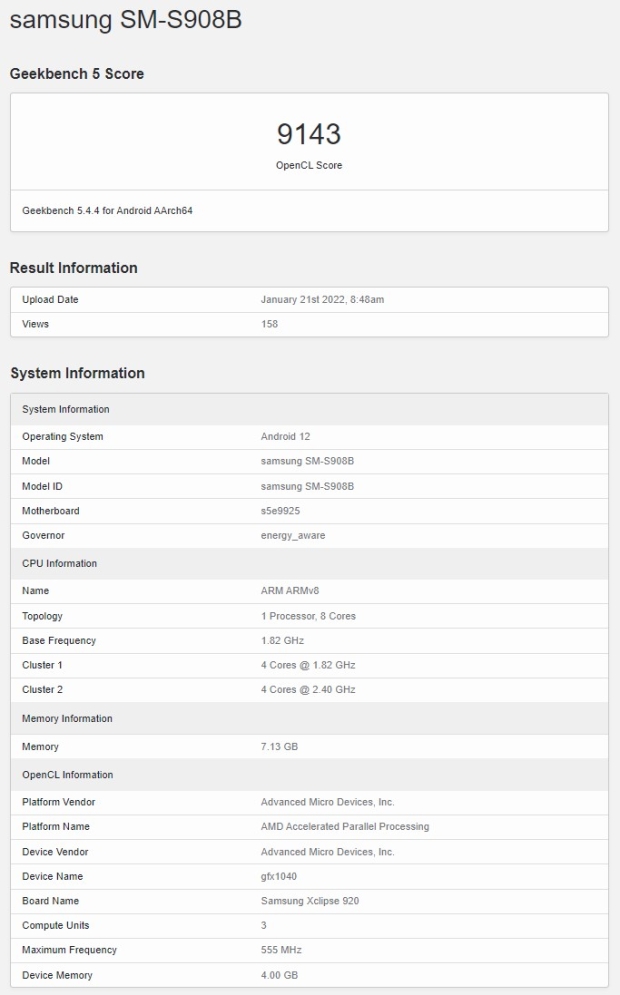 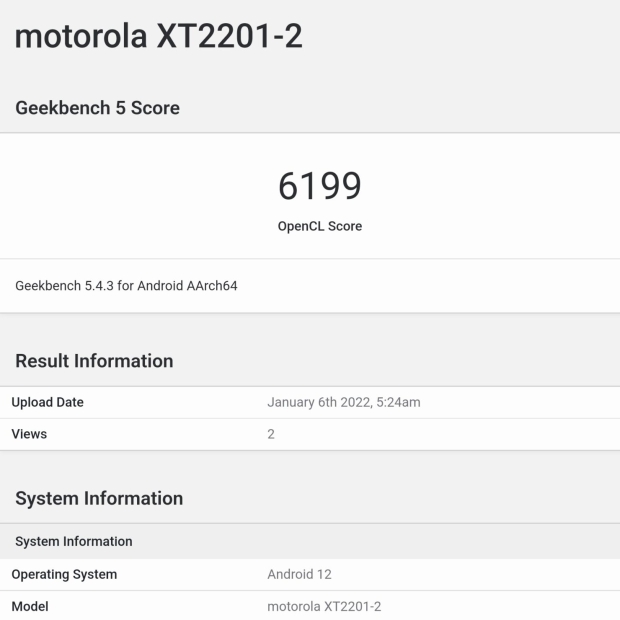 We did previously hear about thermal throttling and performance dropping rapidly, but it seems like Samsung has gone with 384 stream processors -- with what could be an 8 + 8 cluster variant, versus a 1 + 3 + 4 tri-cluster setup when Samsung originally announced the Exynos 2200 SoC.

This version of the Exynos 2200 might be the one used for now, since the single Cortex-X2 core is a complete mess right now.