Anyone that plays Call of Duty: Vanguard, Warzone Pacific (or before it was called that, Call of Duty: Warzone) knows that there are major issues with the game. It's not a mess like Battlefield 2042, but there are fixes that the developers need to do -- and now Activision is addressing that, exactly.

In a new tweet on the official Twitter account for Call of Duty, the developer has a "message to our community" that takes in the criticism gamers have over the franchise, and that the teams have fixes and improvements on the way. Activision said: "We wanted to take a minute to talk about fixing the game. We hear you, and we feel your frustrations. Our teams are hard at work addressing the issues that are being experienced across Vanguard, Warzone, and Modern Warfare".

"Updates are being deployed as quickly as possible. We want everyone to have a seamless experience, no matter which game, game mode or platform you play on. Your feedback is a critical part of our development process to make our games the best they can be. Stay posted for real-time updates" while the company says you should follow Raven Software, Sledgehammer Games, Infinity Ward, and Treyarch on Twitter. 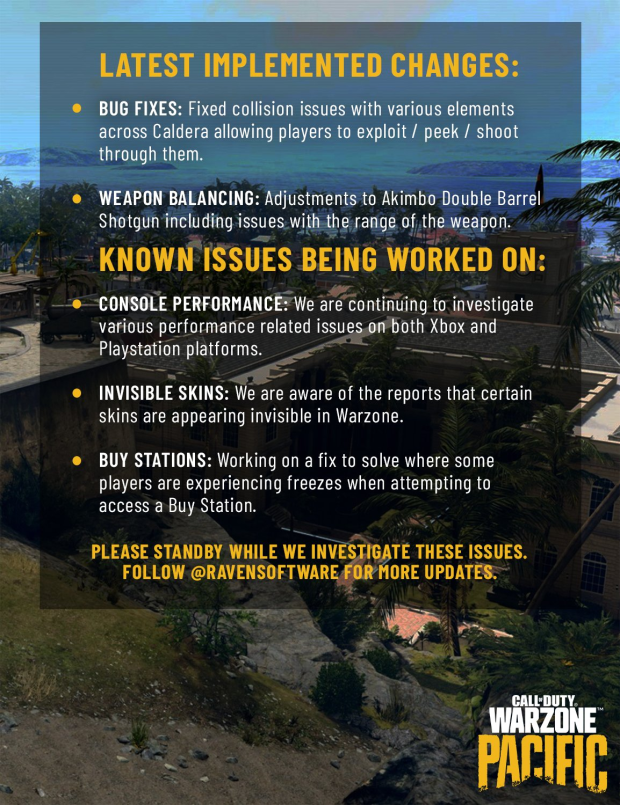 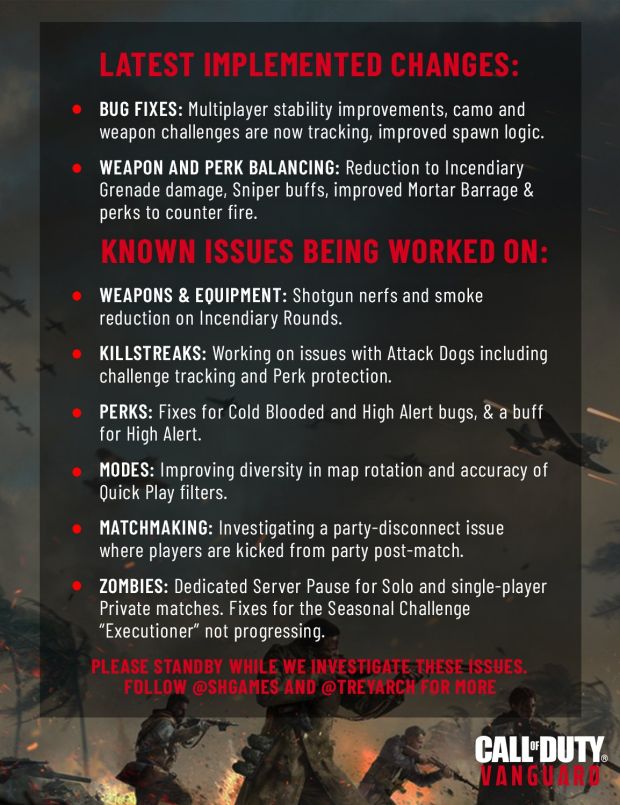 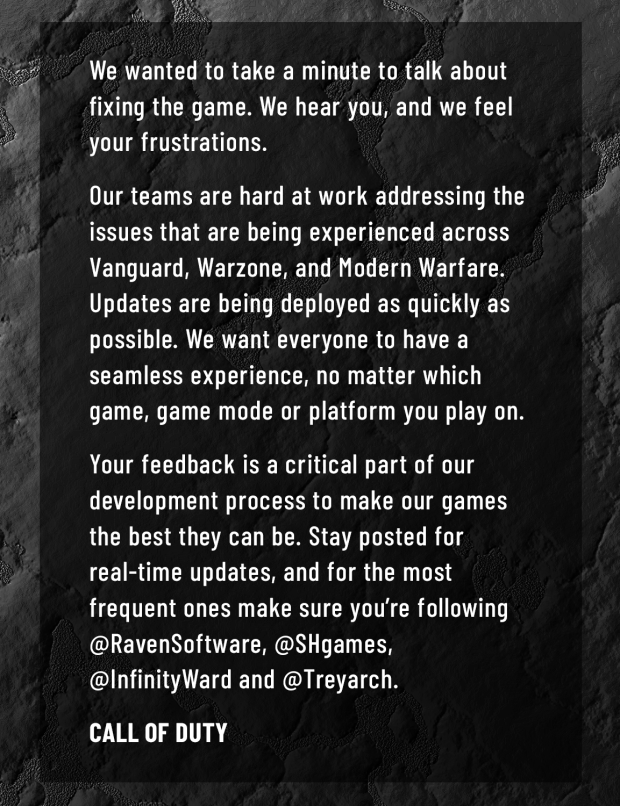 It's good to see this as a huge Warzone Pacific fan (Rebirth FTW) as the game has a myriad of issues that need balancing, tweaking, and more. The problem is that Activision-Blizzard is in the middle of a storm internally right now over countless issues, with CEO Bobby Kotick in an Epstein-related mess of his own.