Microsoft is expected to succeed its flagship Xbox Series X console with a beefier Xbox Series X Elite console, something we have a better look at thanks to some beautiful new renders from our friends at LetsGoDigital. Check it out: 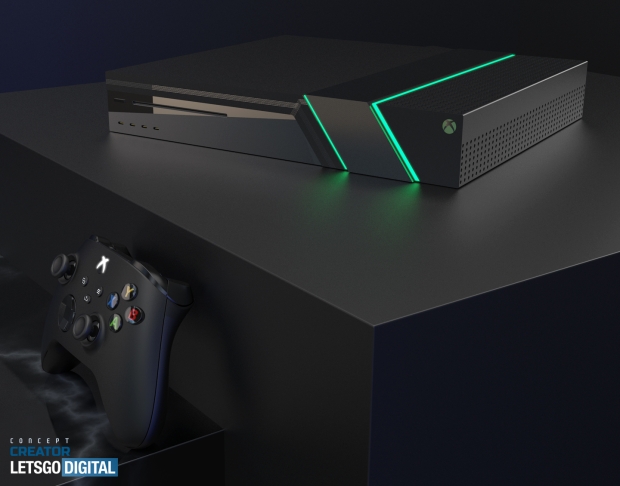 The new Xbox Series X Elite console render was made by graphic designer Jermaine Smit aka Concept Creator and was developed in collaboration with Phone Industry. The render has some awesome LED lighting on both sides of the Xbox Series X Elite console, with a large power button and Xbox logo -- on the left, we have the Blu-ray slot, an eject button, and 4 x USB ports.

On the back we have 6 ports: for power, an Ethernet power, 2 x USB 3.1 ports, and 1 x HDMI 2.1 connector that is finished up with an expansion port for storage. Ventilation wise the faster flagship Xbox Series X Elite console will run hotter, so ventilation is taken care of with one on the top, and both sides as well as the back with ventilation holes that make sure under those all-day, all-night gaming sessions that your Xbox Series X Elite console runs cool. 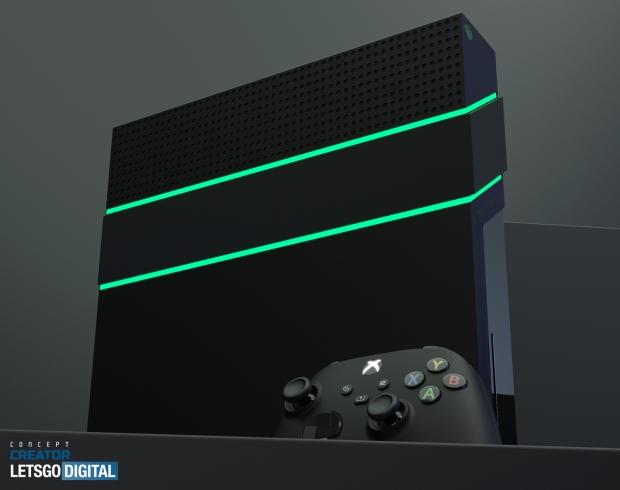 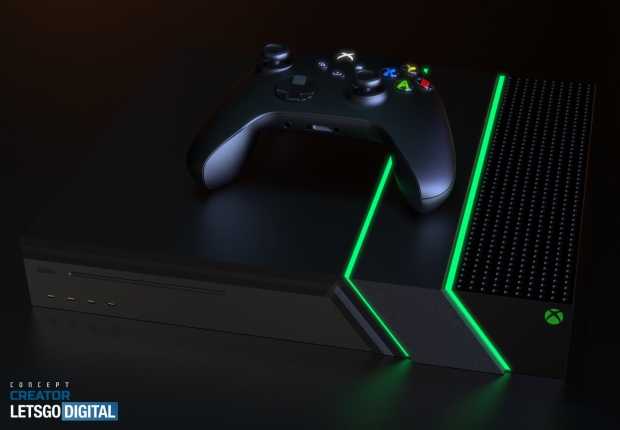 We should see Microsoft's new Xbox Series X Elite console released in 2023 with AMD's new APUs on the fresh 6nm process, with higher CPU and GPU clocks. There'll also be an updated Xbox Series S console that will reportedly be more powerful than its predecessor, but we'll have to wait until the end of 2022 and more into 2023 before we see those.

Sony will be fighting back with a faster PlayStation 5 Pro console, something we've heard a bit about so far... again, we'll have more news on that in 2022 before its release sometime in 2023.