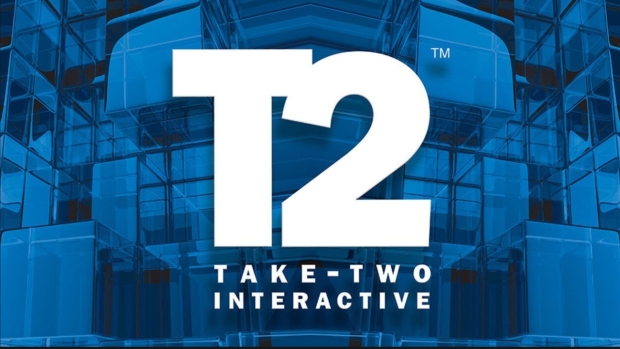 Right now Take-Two's new games pipeline is bigger than its ever been before. The company's myriad of developers plans to release 62 new games in the next 3 years, many of which are mobile games, mid-line titles, and big heavy-hitting AAA releases. There's everything from sequels like BioShock 4, Borderlands 4, and new NBA 2K games to brand new franchises and IPs that haven't been established before (one of these new IPs, Volt, has already been cancelled).

In a recent virtual conference, Take-Two CEO Strauss Zelnick confirms that 56% of the slate--or 35 games--are based on new IPs.

"If you deliver, can these franchises be permanent. Look, nothing's permanent. But they can be very, very long-lasting. That being said, we don't bet on that and that's why we're launching new intellectual properties, why our release schedule over the next few years, 56% of it is new intellectual property," Zelnick said at the Jefferies Virtual Global Interactive Entertainment Conference in reference to differentiation in game release strategies.

"That's super risky and our hit ratio will be much lower than it will be if we elongate franchises--it has to be. But we have to do it because our franchises are not permanent.

"One of our competitors uses the phrase 'forever franchises' and I'm in awe of that because I don't know that much is forever certainly not...we don't have the confidence that it's forever and we have to go in every day and make the next one great." 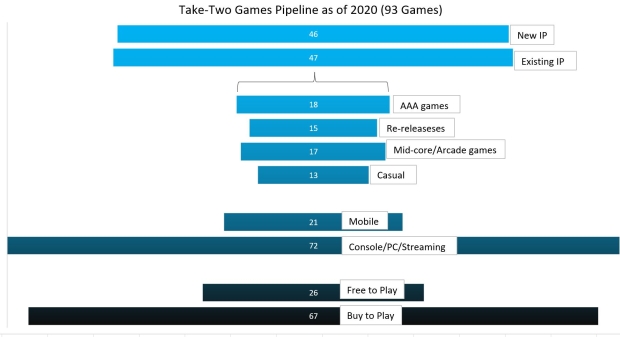