Ex-Visceral Games and Naughty Dog visionary Amy Hennig is working on a new Marvel game, and it sounds absolutely huge. 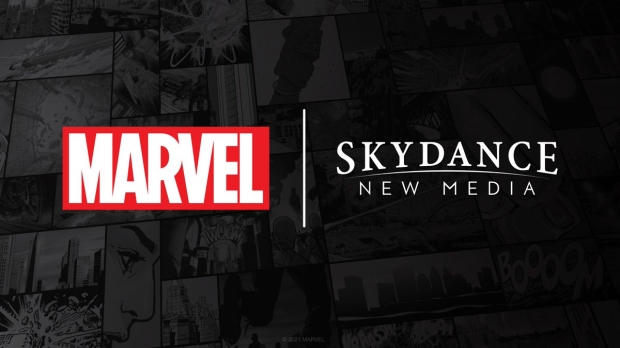 Marvel has announced they have conscripted Skydance New Media to make a new "narrative-driven, blockbuster action-adventure game" set in one of its franchises. Skydance's game division is led by Amy Hennig, who has worked on some of the biggest games in the industry including Uncharted 1-3 and the ill-fated Project Ragtag Star Wars bounty hunter game for Visceral Games (before the studio was shut down in 2017 and the game was cancelled, of course).

The new Marvel game is set in an unspecified franchise, but the press release confirms it will be a 100% original storyline. Job listings also confirm it's a singleplayer game made in Unreal Engine. The developers have free reign to create their own vision in the property with a new fresh take on the Marvel universe. It's possible the game could be multi-perspective, and Hennig says Skydance will incorporate the "humanity, complexity, and humor" of distinct Marvel heroes.

"The Marvel Universe epitomizes all the action, mystery and thrills of the pulp adventure genre that I adore and lends itself perfectly to an interactive experience. It's an honor to be able to tell an original story with all the humanity, complexity, and humor that makes Marvel characters so enduring and to enable our players to embody these heroes that they love."

"Amy has been setting the bar for narrative adventure games for decades and we are happy to be collaborating with the talented and experienced New Media team at Skydance," said Jay Ong, Executive Vice President & Head of Marvel Games.

"Their ambition and vision for making innovative entertainment using beloved Marvel IP was obvious from our first meeting. We're excited to share more with Marvel fans when the time is right."