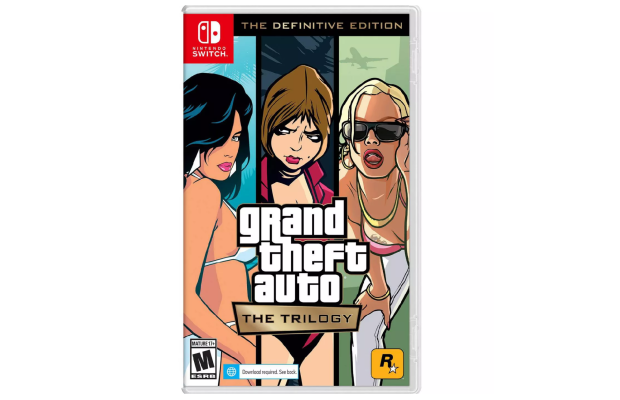 New listings on Target.com confirm the Nintendo Switch version of the new multi-game Grand Theft Auto: The Trilogy - The Definitive Edition remaster bundle will require downloads. The trilogy is listed at 25.4GB on the eShop however, so the game will technically fit on a single cartridge but it isn't being shipped on one.

Right now Switch GameCards only come in 1GB, 2GB, 4GB, 8GB, 16GB and 32GB sizes, with the latter being the most expensive option. It looks like Rockstar, Take-Two, or Nintendo picked the 16GB variant (or possibly smaller) for the GTA trilogy. It's also worth mentioning the overall file size of the Switch version (25.4GB) is a lot less than the Xbox version, which is listed at 49GB.

The PS4, Xbox One, PS5, Xbox Series X/S and Switch versions of the GTA collection will release digitally on November 11. The retail editions are slated to release on December 6.