GIGABYTE's new flagship AORUS Z690 EXTREME motherboard has smiled for the camera, looking absolutely rockin' with its design and use of RGB lighting. 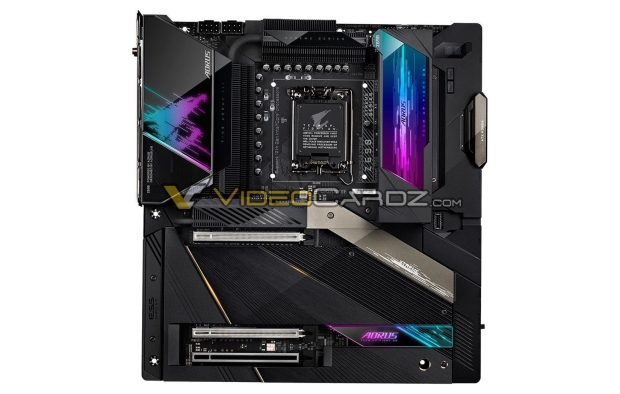 We have an awesome RGB-laden memory cover over the new DDR5 DIMM slots, to the right of the new LGA 1700 socket that will take that new Intel Core i9-12900K processor... or any other Alder Lake CPU for that matter. It will be interesting to see if you can only fit a particular height DDR5 gaming memory under that cover on the AORUS Z690 EXTREME motherboard. 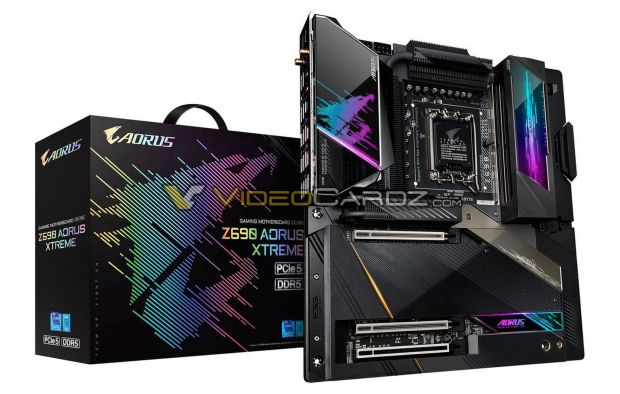 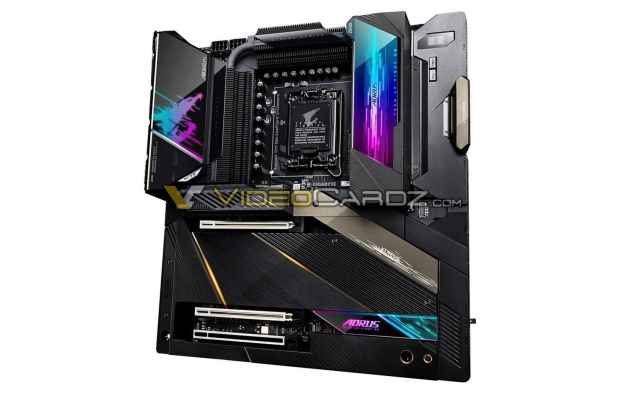 On the board itself, the AORUS Z690 EXTREME features 3 x PCIe x16 slots with 2 x of them being PCIe 5.0 compatible. You can't use them at the same time as they share bandwidth with the primary PCIe 5.0 slot, while the last PCIe x16 slot on the board is PCIe 3.0 only.

GIGABYTE includes a Marvell AQC113C 10GbE LAN chip on the board, so you'll get some delicious 10Gbps LAN speeds -- backed up by 2.5GbE NICs from Intel and WiFi6 wireless. Thunderbolt 4 makes an appearance, 3 x NVMe M.2 slots for super-fast SSDs, and so much more.

We should expect the AORUS Z690 EXTREME motherboard to arrive on November 4, 2021.