We are getting closer and closer to Intel's big reveal and release of its next-gen 12th Gen Core "Alder Lake" CPUs and with it the 600-series chipset, and more specifically the flagship Z690 chipset that will power the just-leaked AORUS Z690 Master motherboard. 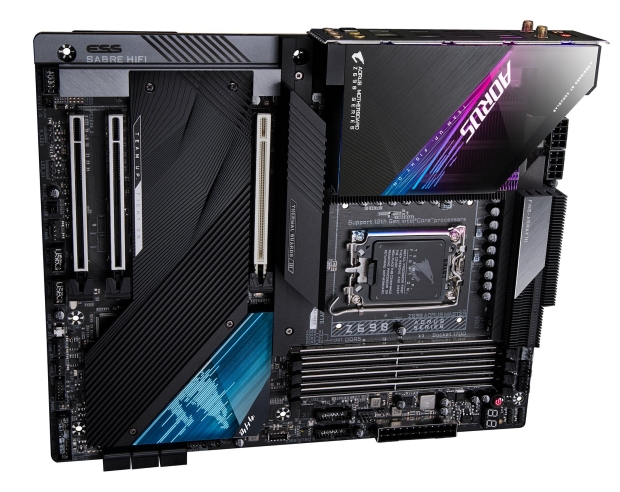 The new AORUS Z690 Master motherboard has had its official marketing picture leaked, with the new ultra-premium motherboard ready to rock and roll with Intel's flagship Core i9-12900K processor. You can see those delicious next-gen DDR5 DIMMs and PCIe 5.0 here, but we don't know if there's just 1 x PCIe 5.0 x16 slot and 2 x PCIe 4.0 x16 slots just yet.

VideoCardz also has a picture of the Z690 AORUS Elite AX DDR4 motherboard, which takes the new Intel 12th Gen Core "Alder Lake" CPUs but instead has DDR4 and not the newer DDR5 standard. 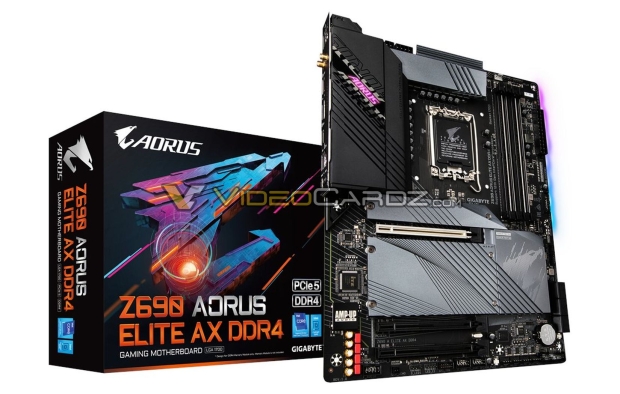