Despite being more than 30 years old, the Hubble Space Telescope is still one of the leading telescopes in the world for the incredible images it can produce. 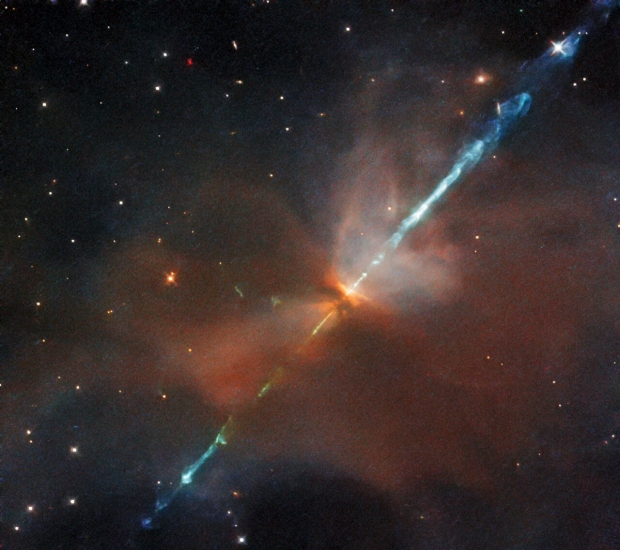 The European Space Agency (ESA) released a new image taken with Hubble's Wield Field Camera 3, and it shows what appears to look like a massive cosmic "sword" stabbing through a "heart". The image is actually showcasing two twin jets of ionized gas being propelled out in two separate jets from the poles of a newborn star. The star is named IRAS 05491+0247, and it's located 1,300 light-years from Earth within the constellation we refer to as Orion.

The ESA wrote on the post the following, "Herbig-Haro objects actually release a lot of light at optical wavelengths, but they are difficult to observe because their surrounding dust and gas absorb much of the visible light. Therefore, the WFC3's ability to observe at infrared wavelengths - where observations are not as affected by gas and dust - is crucial to observing [Herbig]-Haro objects successfully." Hubble will soon be replaced with the James Webb Space Telescope, the world's most powerful space telescope. To find out more about the James Webb Space Telescope, check out this link here.