343 Industries is catching more flak for Halo Infinite, and this time the bruhaha surrounds a controversial change to multiplayer progression. 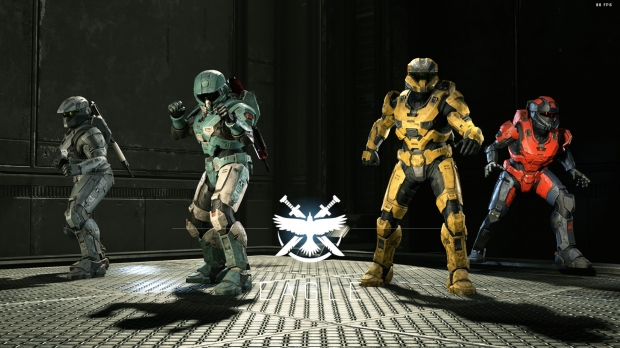 According to 343i's John Junyszek, Halo Infinite's multiplayer battle pass progression will be locked behind challenges. That means gamers will only earn XP payouts when completing or progressing towards specific in-game challenges, e.g. getting 50 kills with the pistol or 20 back attacks. Bear in mind gamers can only have a set number of challenges activated at once.

The move has divided the Halo faithful. Gamers find the new progression system to be controversial and some say users will play the game differently; instead of playing to win, users will be playing to unlock more XP from challenges. 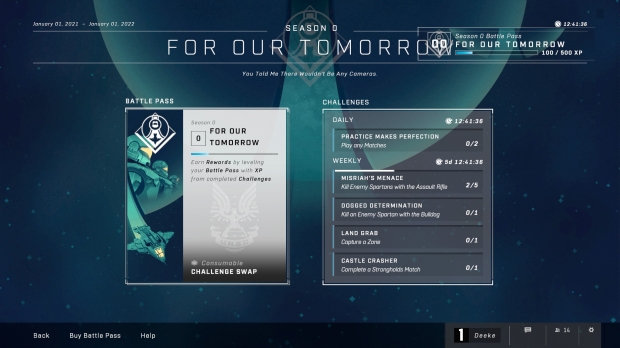 Junyszek says challenges will be so widespread and varied that you'll earn XP from winning and playing matches, as well as other things. "Playing and winning matches will be challenges, which will help players progress through the Battle Pass. Even though this means no per-match XP at launch, you're still always progressing through challenges and therefore the BP."

Using challenges, our goal is that you will always be earning progress in your Battle Pass through playing and winning matches. This will allow you to always jump into a game of Halo and make progress on your goals," 343i head of design Jerry Hook said in a Waypoint post. This is how it worked in the technical test and I had no problem leveling up.

"We hear you on this, daily challenges for playing matches is the plan for launch, but we're always looking at ways to expand progression across the board. We'll have more to share about the outcomes from key Tech Preview feedback, including this, in an upcoming blog on Waypoint," Hook said on Twitter. 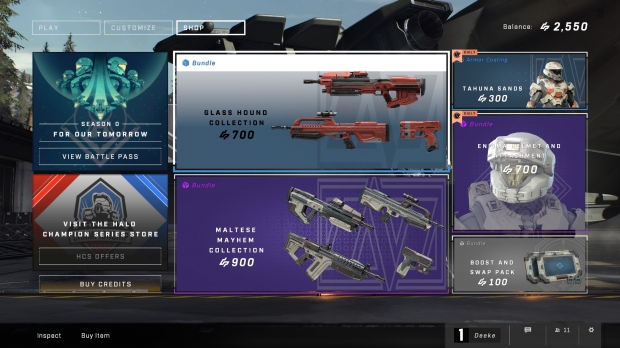 It's easy to see why 343i made this change. Challenges are part of any big live game, and all online games are all too eager to serve you up new tasks to check off on a list. It's not enough you're already playing, or that you've played 200 hours this week--live games will always present you the opportunity to do more, to earn more, to unlock more.

Activity sparks engagement, and engagement sparks monetization. It's part of the system flywheel that I call the Engagement Cycle, and 343i is tackling Halo Infinite's game plan in a rather brute force method. 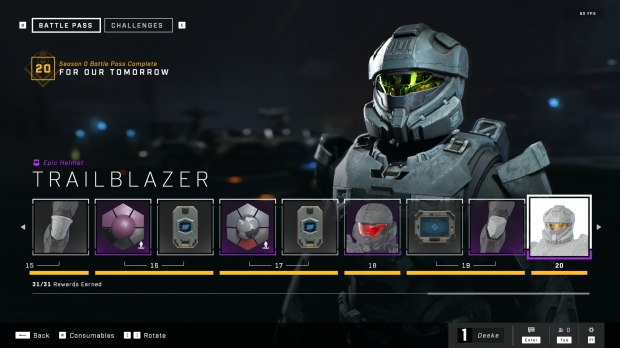 Don't forget that Halo Infinite has Challenge Swaps that you can buy with requisition credits. This adds another layer to the grind that gamers to customize how they tackle the goal itself--which is, of course, to keep you playing as long as possible by promising more epic armor.

343i's battle pass system is pedestrian in design and functionality--it's a linear left-to-right UI with a very basic setup of unlocking armor and cosmetics as you progress through a tiered ladder structure.

Halo MCC's recent seasonal shift was a practice run for Infinite, and is a big departure from Halo Reach, which allowed gamers to buy any armor piece or cosmetic if they had enough credits.

Right now it looks like 343 Industries needs to more carefully design its multiplayer progression system and try to do something unique rather than chasing the current gaming trends on the market. This goes double for nixing ideas that simply aren't popular or enjoyable for players.

The developers say they will outline more information on Halo Infinite's multiplayer changes in a new Waypoint blog so we should stay tuned for more info.