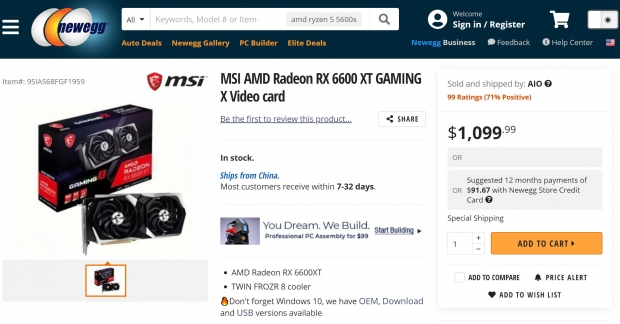 But the thing is... how is Newegg allowing an unreleased graphics card to not only be listed but for sale on their website is beyond me. This card in particular is MSI's flagship Radeon RX 6600 XT in its GAMING X form, but $1100... yeah, I don't know about that. It's a 1080p graphics card, and $1100 is a tough pill to swallow.