AMD's new mid-range RDNA 2 graphics card is here, with the introduction of the Radeon RX 6600 XT debuting during Chinajoy (and a press event online that I attended). 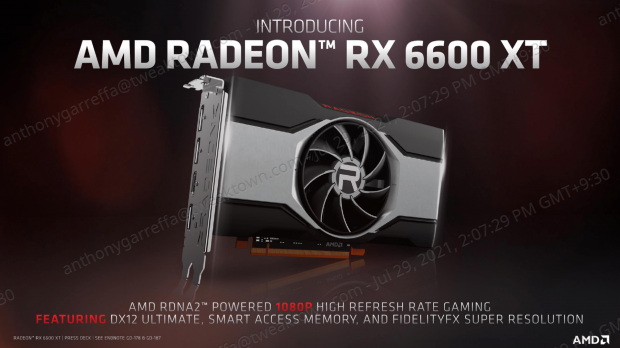 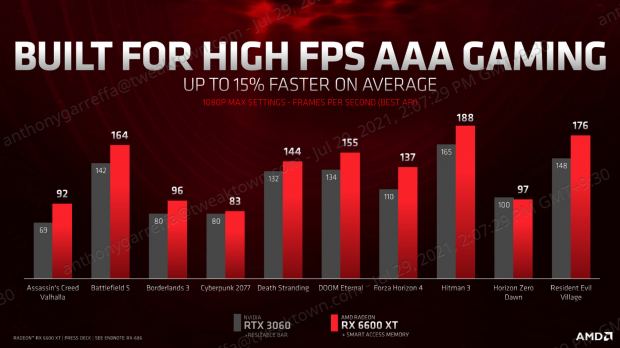 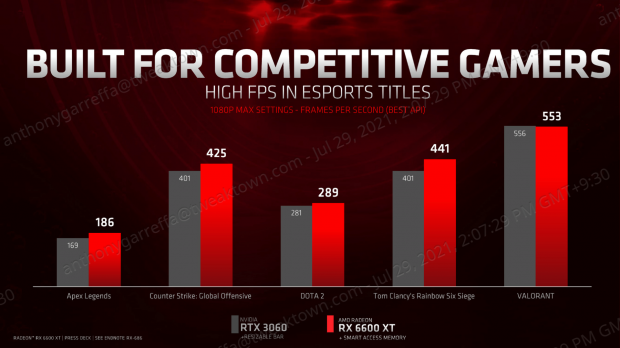 If you're playing competitive games like Apex Legends, CS:GO, DOTA 2, Valorant, and others -- then yo'll be enjoying some huge frames on the Radeon RX 6600 XT. 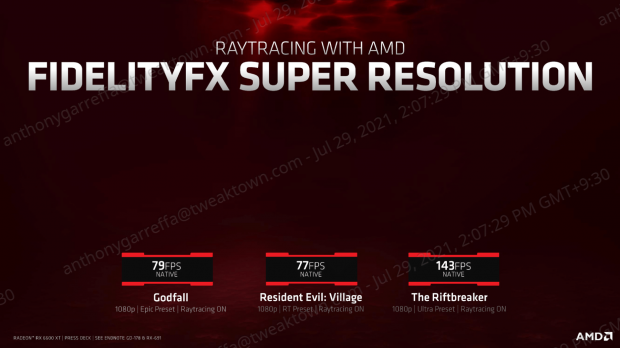 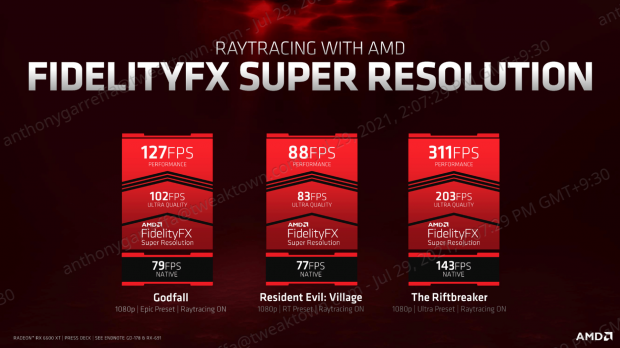 There will be no reference model of the Radeon RX 6600 XT... even though the slide decks show one, which is not only disappointing but very misleading. I had to confirm with AMD that there wasn't a reference card, there will only be custom AIB partner cards available. 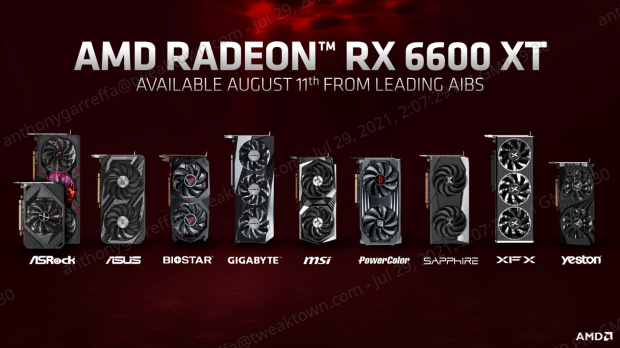 We're looking at ASRock, ASUS, BIOSTAR, GIGABYTE, MSI, PowerColor, SAPPHIRE, XFX, and Yeston making custom Radeon RX 6600 XT graphics cards which will be available starting August 11, 2021. I have a few of those custom cards here, and on the way so you can expect reviews from me on TweakTown starting August 11.