The hype train for Battlefield 2042 has died down considerably, and while we might only be less than 3 months away from the release of what should arguably be the biggest first-person shooter of the year, rumor has it Battlefield 2042 development could be "having issues".

This is coming directly from Battlefield 2042 leaker Tom Henderson, who now writes for DualShockers, nothing that we have only seen "Six seconds of gunplay is what Battlefield fans have seen so far with Battlefield 2042 and although I would have personally expected to see more trailers with gameplay soon, it's hard to not be concerned.

I don't think we're going to see any leaks from it... but with how huge Battlefield 2042 has been so far, it would surprise me that there would be no leaks -- especially Henderson writing that, who has been leaking out details on Battlefield 2042 for months now. I even referred to him as a one-man-marketing team for Battlefield 2042 many months ago.

Henderson was told that after EA Play on July 22 that we were meant to have information, gameplay, and t trailer "coming thick and fast". It's been close to two weeks now and it's more like Simmerfield 2042 than Battlefield 2042 right now. As Henderson says, "Let's keep our fingers crossed and hope that's true".

Henderson continued his concerns for the lack of Battlefield 2042 gameplay footage, saying: "For example, by this point during Battlefield V's development cycle, we would have not only seen gameplay from a trailer or two, but we would have even had the chance to play the game via the Battlefield V Closed Alpha. After a one-month push back, Battlefield 2042's Technical Play Test will be starting this month, with the delay being put on the developers wanting to incorporate cross-play. What's unusual is if Hazard Zone is going to be free to play, cross-play would be a fundamental part of making the mode become popular, so why was it not implemented earlier in development?".

I mean, he's not wrong -- with EA DICE kicking off the Battlefield 2042 Technical Play Test a month later than it was scheduled, with developers delaying it by blaming the reason of baking in cross-play support. 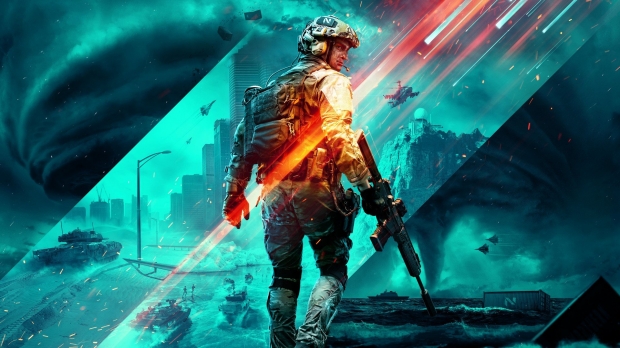