EA and DICE have come out today announcing their official partners for Battlefield 2042, with the likes of Xbox, NVIDIA, Logitech, car maker Polaris, and WD_BLACK on supporting Battlefield 2042. 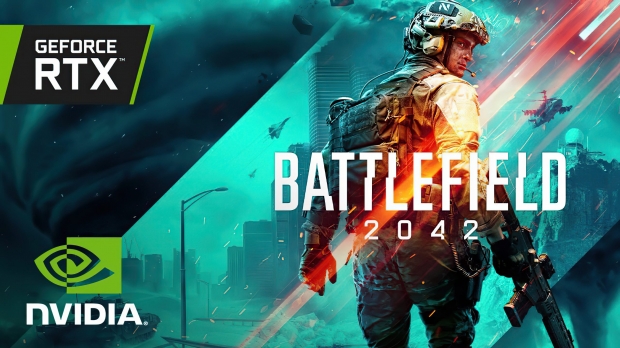 NVIDIA will be providing its amazing DLSS technology, which will provide better image quality and even more performance squeezed out of your GeForce RTX graphics card. Not only that, but you'll also have access to NVIDIA's in-house Reflex low latency technology.

Battlefield 2042 supporting NVIDIA DLSS is absolutely fantastic, as it brings it up to line with Call of Duty: Warzone which has DLSS 2.0 support and is the only thing that allows NVIDIA's flagship GeForce RTX 3080 Ti graphics card to hit 4K 120FPS. Battlefield 2042 should now reach the realms of 4K 120FPS thanks to the newly-announced support for NVIDIA DLSS technology.

There won't be any time to slow down and check out ray traced reflections when there's a tornado swirling off the coast and coming in to reign down hell on you and your teammates. There's no single player side of Battlefield 2042, so there's no real need for ray tracing -- DLSS is the most important technology that Battlefield 2042 needs to support.

The other partners that EA and DICE announced today include: