We all know about Air Force One and that it will take the President up and into the clouds and secure, in the case of an attack on US soil -- or in the throws of a nuclear war.

Well, Russia has stepped up by reportedly making two next-gen Doomsday planes in preparation of a nuclear war. According to Russian government news agency RIA, the Russian Air Force and Space Forces will have two airborne commanding posts based on the Il-96-400M plane.

The new Il-96-400M is a revamped version of the Il-96 long-haul, wide-body civilian jetliner, with an Il-96 variant used by President Vladimir Putin, as his primary means of travel by air. The new Doomsday planes will be capable of flying for longer distances than their predecessors and would communicate with strategic nuclear forces at a distance of around 3700 miles (5955km).

The new Doomsday plane will reportedly go into service "shortly" according to Russian military sources, with Russia's new Doomsday plane featuring a reinforced fuselage, special communications system, and no cabin windows that would protect people on-board from radiation fallout.

I think I'd be more worried about returning to the world post-nuclear attacks, than from some radiation coming in through the windows on a nuclear-proof plane. 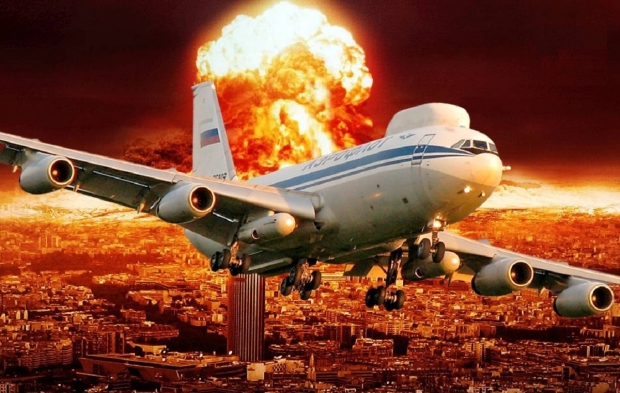