China has taken a few steps closer to the abyss, with the US and its allies in the UK, EU, and other countries have accused China of a global cyberespionage campaign. 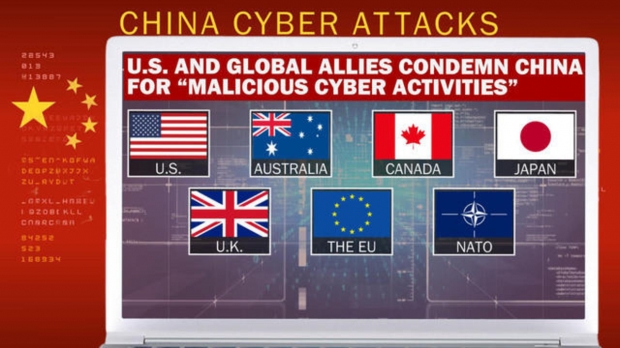 Microsoft servers have been victims of purported cyberattacks from China earlier this year, and now a new joint effort between NATO members including the European Union, Australia, New Zealand, Japan, and others are joining forces to stop Chinese state-sponsored cyberattacks. This is all happening barely a week from the World Economic Forum-led Cyber Polygon 2021 event.

On top of this, we have the Federal Bureau of Investigation (FBI), the National Security Agency (NSA), and the Cybersecurity and Infrastructure Security Agency released a new advisory list. On this list are 50 tactics, techniques, and producers that Chinese state-sponsored hackers use.

A senior White House official told reporters during a briefing over the weekend that the US government had "high confidence" that the Microsoft Exchanger servers were hacked by hackers paid by the Chinese government.

The official said: "[China's] MSS - Ministry of State Security - uses criminal contract hackers to conduct unsanctioned cyber operations globally, including for their own personal profit. Their operations include criminal activities, such as cyber-enabled extortion, crypto-jacking and theft from victims around the world for financial gain".