Ubisoft still thinks a Rainbow Six Siege sequel is entirely unnecessary and plans to continue updating the base game over time. 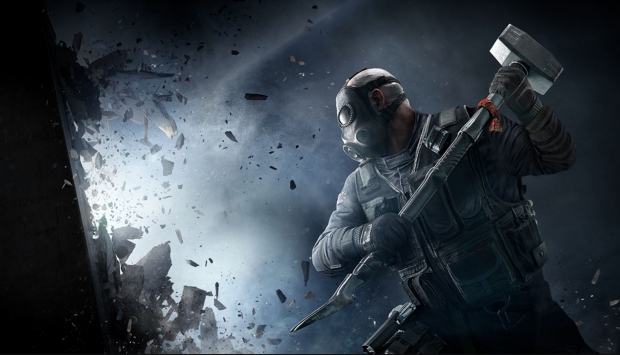 Rainbow Six Siege will turn six years old this year, but Ubisoft isn't ready to make a sequel just yet. In a recent AmA with developers, R6 creative director Leroy Athanassoff confirms the team has no plans for a second game. Ubisoft said the same thing back in 2018 and even expects the game to last for another 10 years.

"Siege is an evolving game - the Siege of the future will be dramatically different from today's Siege, to the point where we could call it Siege 2. However, as a team, we strongly believe we can bring about these changes in an incremental way, within the current Siege framework," Athanassoff said.

"Siege 2 would mean a new game, a new environment, probably a new inventory and maybe a new dev team. We do not feel that this is what is needed for the community.

"We care about your investment in the game, we do not want to move to a new one. Instead, we want to protect your investment and increase its value it by making your current "home" (which is SIEGE) even better. It's like renovations to your old house to make it up to date, shiny and appealing."

Ubisoft arguably has no real need to make a sequel when it comes to earnings. As of 2019, Rainbow Six Siege had generated over $1 billion in revenues and continues its long-running success as a major pillar of the French publisher's business. The game is currently on its Year 6 Season 2.2 update.

That being said, all live games eventually hit a wall and outstrip their resources, engines, or content offerings. The more stuff the team adds, the more things that break, and the more weight the game has. The heavier it is, the harder it is to maintain. This has led to big changes in live games like Destiny 2, which has rotated out a portion of its in-game content.

The R6 team launched Operation Health, a 3-month initiative dedicated to updating and shoring up their internal infrastructure and game dev tools to keep up with newer hardware and keep the game agile enough to evolve over time. Even with this stress, the devs don't think switching to a sequel (like Overwatch 2) is the best move.

Operation Health is all about fixing several issues and investing in better technology to make sure we keep growing strong in the upcoming years. This includes better servers, 1-step matchmaking, better deployment of updates, and many other improvements on issues that have been around for a long time.