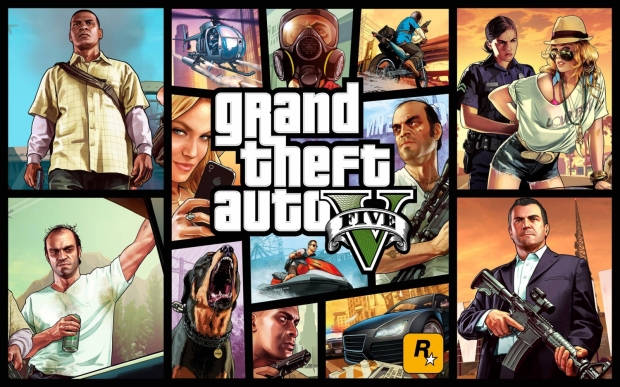 In November, Grand Theft Auto V will become the first game in the series to span three console generations with a PS5/Xbox Series X/S release. GTA V is a cash crop for Take-Two, and the game is so big that it's sold 145 million copies as of February 2021. That's 43% of Grand Theft Auto's total franchise sales. The reason for the huge sales is because the game is available on so many platforms, especially the PS4, which has crested 116.4 million shipments worldwide.

"The expanded and enhanced versions of Grand Theft Auto V and Grand Theft Auto Online are arriving on PlayStation 5 and Xbox Series X|S with new features and more, on November 11th, 2021. As an added bonus - this summer's updates to GTA Online will include special benefits for players to take advantage of in these expanded and enhanced versions when they drop."

Rockstar and Take-Two want more sales. That's why GTA V is re-releasing on PlayStation 5 and Xbox Series X/S consoles, complete with high-end optimizations and upgrades. The idea is to make the game available as the next-gen console install base starts maturing; GTA V's re-release is a seedling that will really start to sprout as gamers re-buy the title on next-gen when consoles start becoming more widely available in 2022 and beyond.

GTA V is described as the "standard-bearer of the current console generation" by Take-Two, and the idea is to pass the flag on to the new generation too.

Rockstar hasn't officially detailed the next-gen upgrades, but they have previously said GTA V on PS5 will "take full advantage of the console" with new visual enhancements and boosted loading times.