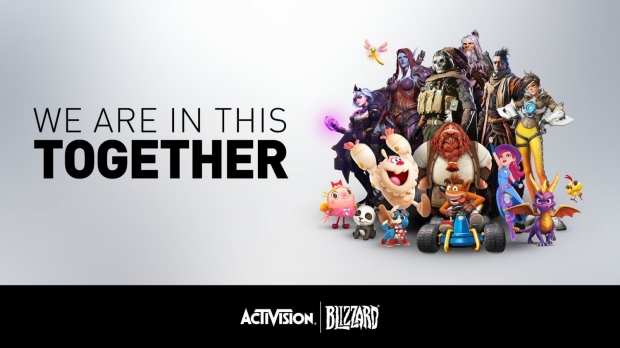 Activision teases a significant "step change" for financial growth in 2022 that could see multiple high-profile games launching during the year. In the company's recent Q1 2021 earnings call, Activision execs lay out a significant pipeline for 2022 and beyond. Diablo IV and Overwatch 2 are listed for projects in this timeline, and although no release windows were revealed, Activision says it expects a substantial earnings change in 2022. This could indicate that both of these games could release in 2022 alongside a mainline Call of Duty release.

"We are making great progress on our pipeline which includes key content that we expect to deliver another step change in financial performance in 2022 as well as unannounced initiatives that we expect to drive longer-term growth for the company," said Activision-Blizzard's new Chief Financial Officer Armin Zerza.

This terminology is interesting. A step change in finances is defined as: "a method for creating a change in an organization's ways of working that is neither gradual nor incremental. The described methodology seeks a jump in productivity, usually using enabling technology and knowledge."

However, it's possible Zerza isn't referring to a huge fusillade of games. He could be referring to refinements in Activision's four-part plan adopted in 2018. 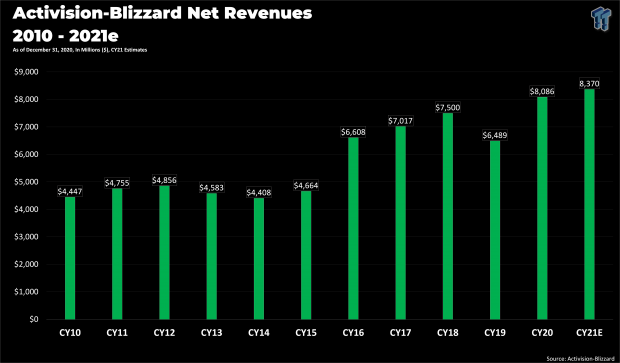 The company has transformed itself to meet this plan (mobile games, new sellable games, mobile ports, and new engagement models like Warzone) and has seen stellar results; Activision earned new revenue milestones in 2018 ($7.5 billion) and 2020 ($8.086 billion).

Warzone is a prime example of the fruits of this four-part plan, and that particular tree helped Call of Duty hit a record $3 billion in revenues in 2020.

So what's next? Activision already teased a big Warzone boom on the horizon. In the immediate future we have Call of Duty Vanguard from Sledgehammer Games.

Warzone itself will continually evolve both as a standalone experience and one that connects directly to other mainline titles.

The most exciting project Blizzard is working on isn't a game, though. It's a games engine.

Blizzard is creating a huge cross-platform engine that will eventually connect all of its games together. Think of this as Blizzard's version of Frostbite.

Last but not least, we have assurances from Activision CEO Bobby Kotick that franchises will follow the Call of Duty template--that is, interconnected webworks of games with F2P mobile, premium ports, and other content in a set ecosystem.

"Call of Duty is the template we're applying to our proven franchises as well as our new potential franchises as we attempt to grow our audiences to 1 billion players," Kotick said.

Activision COO and President Daniel Alegre pegs Diablo 4 and Overwatch 2 for a "2020 and beyond" release window:

"Aligned with our overall strategy, we also continue to enhance our Battle.net platform as we build on our direct digital relationship with our players. In the first quarter, we rolled out the biggest frontend upgrade to Battle.net in years, delivering improved navigation, enhanced social features and a rich storefront contributing to strong year-over-year growth in sales per visitor for the platform in the quarter. And as we look into 2022 and beyond, our teams continue to make great progress on a pipeline that includes Diablo IV, Overwatch 2, and multiple Warcraft mobile titles which we expect to deliver substantial growth for the company."