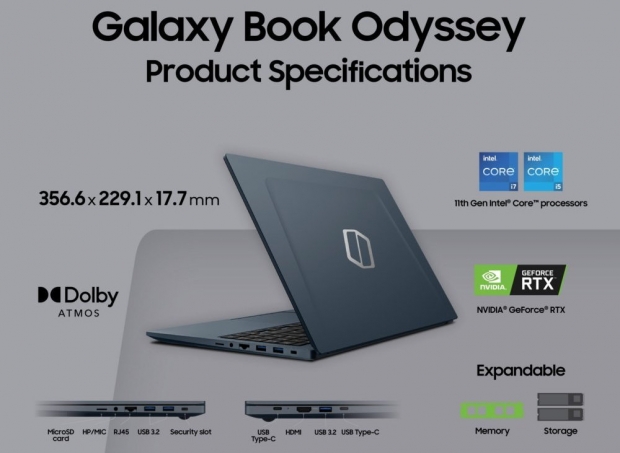 Funnily enough both the Intel Tiger Lake-H series and NVIDIA GeForce RTX 3050 Ti GPU have not been announced, although we do know that Intel's new Tiger Lake-S series will be available in 6-core and 8-core models but Samsung hasn't been clear on which exact CPU, the core count or frequency just yet.

Samsung's new Galaxy Book Odyssey is powered by NVIDIA's unannounced GeForce RTX 3050 Ti GPU will have 2560 CUDA cores and 4GB of GDDR6 memory, so you won't be running Cyberpunk 2077 at 4K 60FPS but you'll be able to play many games without an issue on that GPU -- which I'll want to test myself, of course. 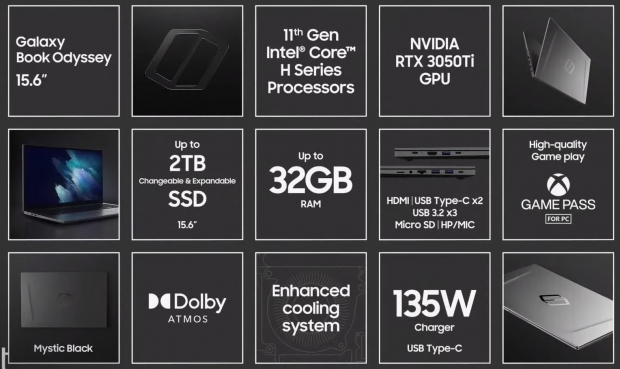 Inside, we're looking at up to 2TB of NVMe storage and 32GB of DDR4 memory with a 15.6-inch 1080p display and a starting price of $1399. We should expect more details in the coming weeks as we lead into the all-digital Computex 2021 event that kicks off on May 31. 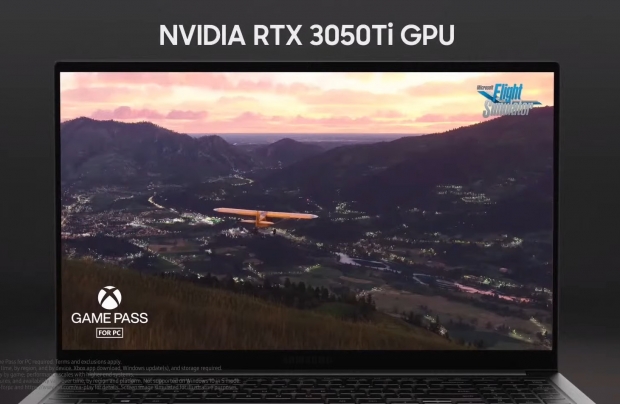 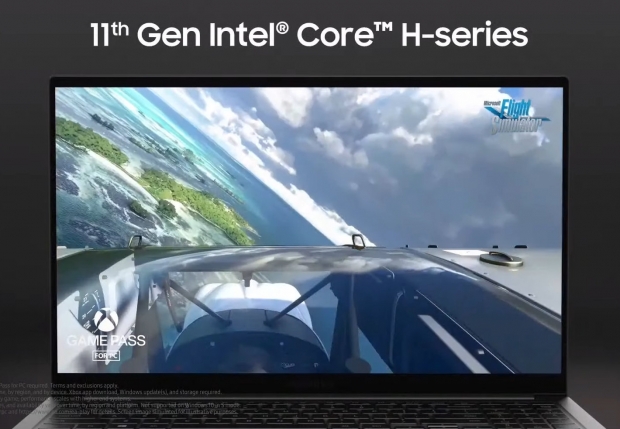