CD Projekt spent in excess of $300 million on Cyberpunk 2077's development, making it one of the largest video game investments in the history of the industry. 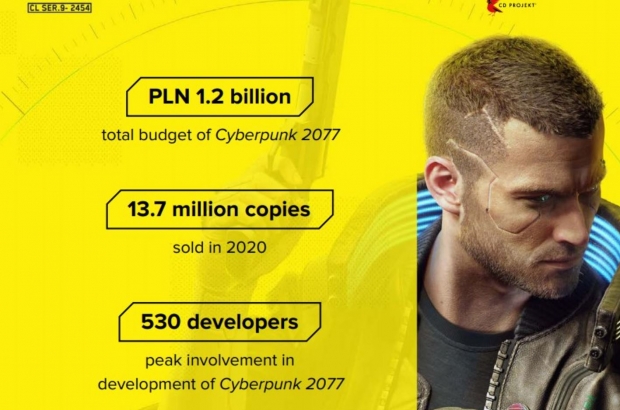 It's not often that a company reveals budgets for its games. We know AAA titles command tens and sometimes hundreds of millions of investment; paying developers alone can rack up lots of costs. CD Projekt's massively ambitious Cyberpunk 2077 game belongs to the latter.

The Polish company today revealed that it spent 1.2 billion PLN (roughly $321 million) total on the game including development and marketing costs. As of September 2002, CDPR had spent about $121 million on the game's development.

The budget alone makes Cyberpunk 2077 a monumental undertaking, and thanks to new metrics from CDPR, it's easy to see why. 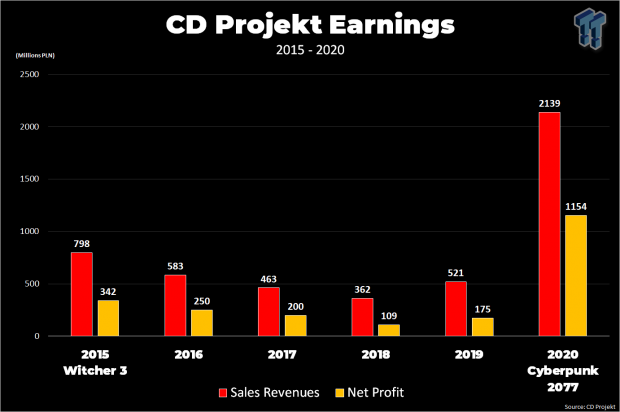 CD Projekt's 2020 revenues skyrocketed to an all-time high on the back of strong CP2077 sales.

In 2015, CD Projekt started building a next-gen RED Engine to power Cyberpunk, and in 2017 it started working on next-gen technologies like world-building, animation, and cinematics. Cyberpunk 2077 was also rebooted in mid-development and parts of its ambitious scope were pared back.

The sheer size of the teams required also reflects the massive investment size. CD Projekt says that 520 internal developers worked on the game, and a monumental 5200 people total had a hand in the project itself.

The investment has paid off big-time. Cyberpunk 2077 has sold 13.7 million copies in just 21 days, a number that some games don't see in total lifetime sales. This resulted in a massive 300% year-on-year spike in CD Projekt's revenues.

CP2077's investment costs will also carry over to other projects. The cash it sunk into RED Engine 4.0's development has created a new framework that will power future games, including a new Witcher RPG that's set to begin development in 2022. 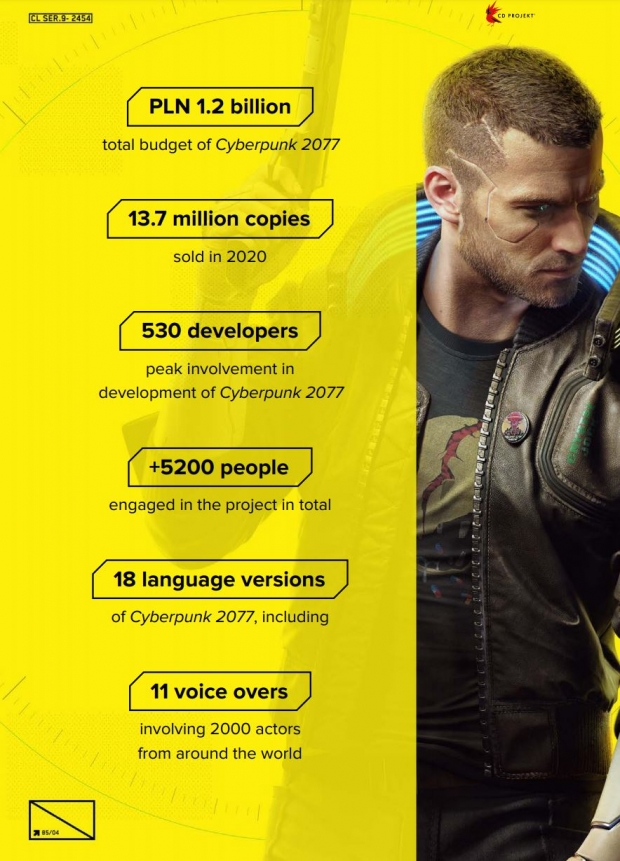