SanDisk launched three new SanDisk Extreme Ducati Edition products, of which the first is the Ducati Edition USB flash drive. It's been designed to resemble the Duacti Moto GP motorcycle and it comes with 4GB of capacity. It has a read and write speed of 20MB/s according to SanDisk, which makes it their fastest USB flash drive. 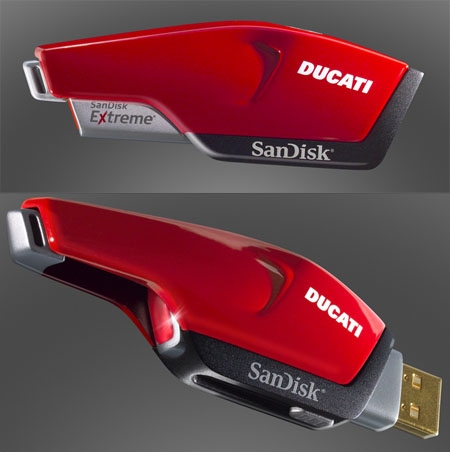 The Ducati Edition flash drive has a retractable USB connector and a rear light that illuminates when the drive is accessed. It will cost around US$124.99 when it becomes available in August in the US and Europe, with the rest of the world following in September.