The latest and most important Connectivity, Communications & Cloud news.

The folks at Sabrent truly don't sleep, with their latest product reveal being a new KVM switch that might look simple, but it packs the usual rocket-style punch from the company... introducing the new USB Type-C Dual KVM Switch with Power Delivery (USB-CKDH). 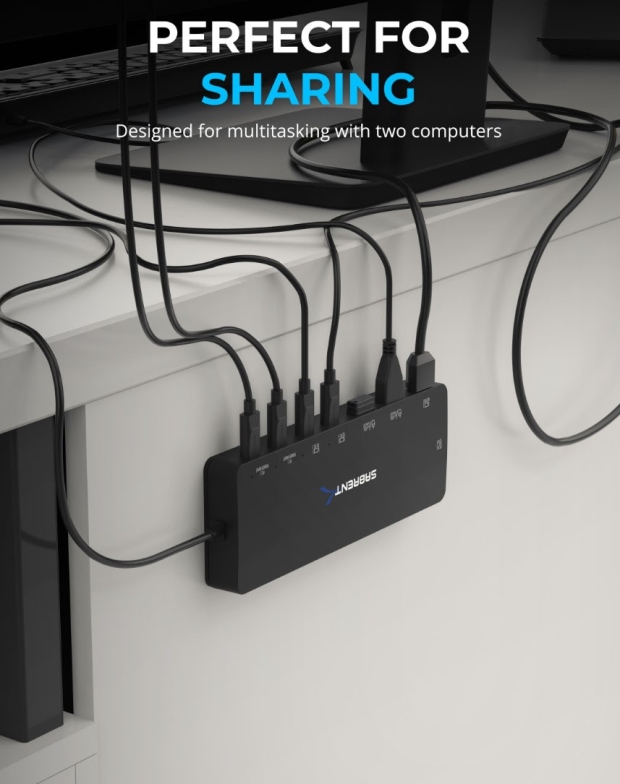 There are even some LED indicators for power, input, and power statuses so you can keep an eye on what's going on, while there's control at your fingertips with a single switch at the end of a flexible, one-meter tether. Sabrent has included not one, but two one-meter USB Type-C to Type-C cables, too.

The European Council has pushed ahead with its "common charger directive" that now only requires formal signatures by the presidents of the EU and EC, mandating that all small chargeable electronics will use USB-C charging ports in the future.

What does this mean? It means that electronic manufacturers will have to design their devices with USB-C charging by the fall of 2024, and this includes Apple and its future-gen iPhones that will be sold across Europe. Bigger devices like laptops, will see makers having a little while longer to comply with the EC's new directive: they've got until 2026 to have all laptops with a USB-C charging port.

Rambus has just announced the availability of its next-gen PCIe 6.0 Interface Subsystem that packs PHY and controller IP, with the latest version of the Compute Express Link (CXL) specification version 3.0 also supported.

There's a PCIe controller that has an Integrity and Data Encryption (IDE) engine that is dedicated to protecting the PCIe links and the valuable data transferred over them.

It must be the month for connectivity and cable upgrades with USB4 v2 specifications announced yesterday, while the day before we had DisplayPort 2.1 and its beefed-up specs teased, and today we have Intel with a tease of the next generation of Thunderbolt connectivity. 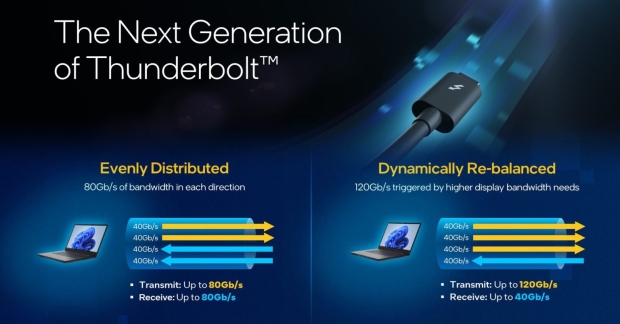 The USB-IF has announced the very latest (and super-fast) USB4 Version 2.0 standard, which is a major update to the USB standard that unleashes a huge 80Gbps of performance over USB-C connectivity. 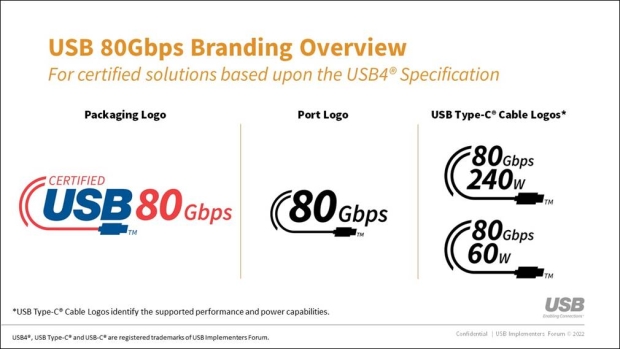 USB-IF (the USB Implementer's Forum) announced the news today, doubling the maximum aggregate bandwidth of USB4 from 40Gbps to a huge 80Gbps, which will drive future-gen displays, high-performance storage and docks, and everything in between. The USB Type-C and USB Power Delivery (USB PD) specifications have also been updated, now unleashed to up to 80Gbps of performance.

The branding will be changing, with USB 80Gbps solutions featuring a new packaging logo that makes it easier for consumers -- unlike the HDMI standard, which can be confusing AF -- with USB 80Gbps products being fully backwards compatible with all previous versions of USB.

Survey: Almost 4 in 10 houses now have at least one smart home device

Consumers continue to purchase connected products, and 38% of households now have at least one smart home device, according to a consumer survey from Parks Associates. That number is a small 2% bump year-over-year, with other analysts specifically interested in how smart home security and home energy can be enhanced using Internet-connected devices. 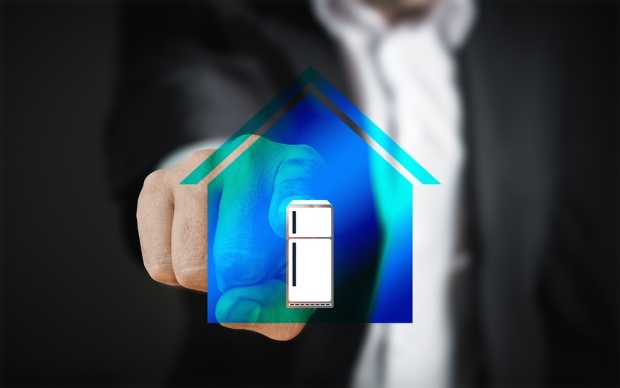 Almost 30 percent of consumers have purchased a smart home device in the past year, while 44 percent of US households plan to purchase at least one smart home device in the next year. It shouldn't be a surprise that even more consumers are thinking about purchasing a connected device, with even more devices being added to the marketplace. In addition, mobile support to control these devices also has continually improved, and should continue to do so in the future.

As noted by Chris White, research director at Parks Associates: "There is so much to talk about. All channels that develop and deliver smart home products have seen new demand, with rising consumer expectations and new opportunities to deliver an integrated connected experience in the home. We are excited to bring industry leaders together to talk about the advancements in the connected home."

Royal Caribbean has announced that it is installing SpaceX Starlink internet services to its fleet of ships, where it is the first in the cruise industry to have SpaceX's high-speed, low-latency connections for guests on their ships. 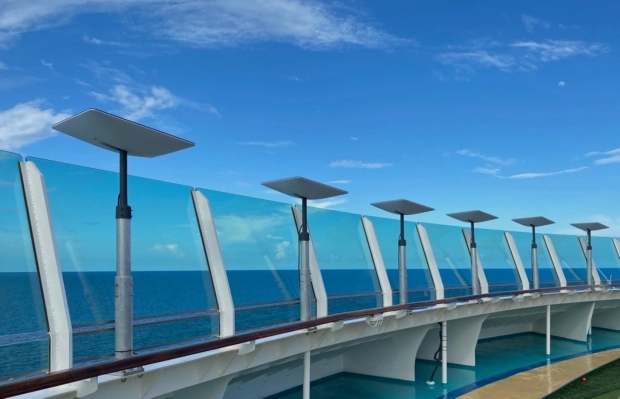 The company will be adding Starlink terminals to its ships immediately, where it will be leveraging the insights the company obtained from its trial on board the Freedom of the Seas which "received tremendous positive feedback from guests and crew". The Royal Caribbean Group expects that the installation of Starlink SpaceX hardware will be completed by the end of Q1 2023: or March 31, 2023.

Anyone who has been on a cruise ship will know that internet access is usually absolutely garbage, and expensive. SpaceX Starlink internet connectivity out at sea, with great low latency and connection speeds... well, that would definitely make the cruise experience better. I've been on a couple of cruises myself and would've loved the access to something like Starlink out at sea.

This guy wanted faster internet, so he built his own ISP

Jared Mauch is a senior network architect based in Michigan, who after having crappy internet and being told by Comcast it would cost $50,000+ to extend their fiber service to his house, built his own ISP. 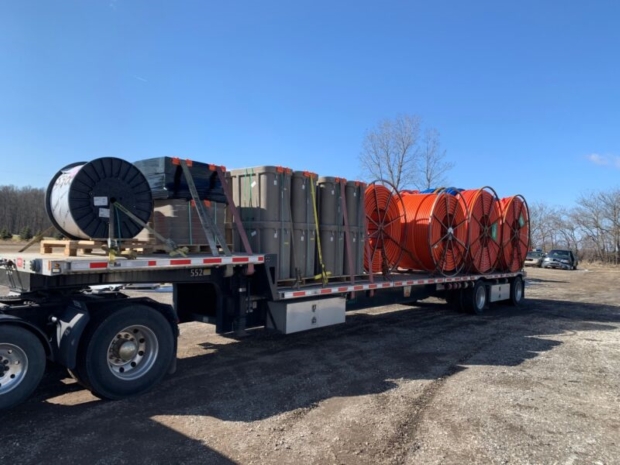 Yes, you read that right: the mad man built his own ISP thanks to $2.6 million in funding from the US government and their Coronavirus State and Local Fiscal Recovery Funds program. Mauch continued to work at his day job while building his own ISP, where he was a senior network architect at Akamai, while building his own ISP: Washtenaw Fiber Properties LLC, which was home to around 70 customers and will be expanding to around 600 customers in the near future thanks to those recovery funds.

The US government's slice of recovery funds to Washtenaw County was $71 million for infrastructure projects, with the county dedicating a part of those funds for broadband internet. The county has completed a broadband study before the pandemic, where it surveyed unserved locations -- places that didn't have internet connections -- according to Mauch. Once the funds were flowing, the county then issued a request for proposals (RFP) that asked contractors to start connecting fiber to houses "that were known to be unserved or underserved based on the existing survey".

Continue reading: This guy wanted faster internet, so he built his own ISP (full post)

Intel is working on a beefed-up NUC system, with codename "Serpent Canyon" officially teased. Check it out: 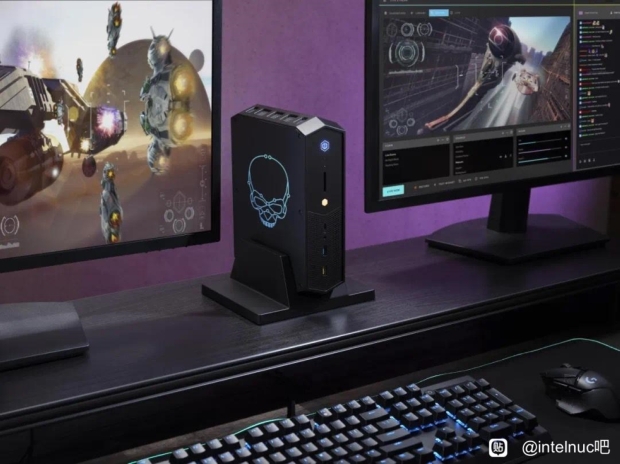 The company has been launching its lastest generation satellites into lower Earth orbit since September 2021, but they will soon go active and we'll see laser-based SpaceX Starlink satellite internet connectivity. The new inter-optical connectivity aka lasers will be used to serve users in the polar regions, where SpaceX filed an application with the FCC's International Bureau with the Committee approving the temporary use of Starlink satellites at latitudes higher than 53 degrees.

Elon explained in a tweet: "Starlink inter-satellite laser links should be operational by end of year. This will dramatically reduce global latency. Light travels ~40% faster in vacuum/air than in fiber optic cables & satellite path length is shorter (cables follow coastlines)".