We all know how Tesla and SpaceX boss Elon Musk feels about cryptocurrencies like Bitcoin and Dogecoin, with the engineer himself tweeting many times over the last few weeks about both cryptocurrencies on his Twitter.

But now, he's taking a swing at fiat money -- but first off, if you didn't know what 'fiat' was:

"The term is derived from the Latin word fiat, which means a determination by authority-in this case, it's the government that decrees the value of the currency and isn't representative of another asset or financial instrument such as gold or a check".

Now that you know what fiat money is, we're talking about the money we all use -- to even buy crypto, or profit from. It runs the world, but in recent tweets Musk was replying to Bloomberg and their recent interview with Changpeng Zhao, CEO of Binance. Binance being the world's largest cryptocurrency by volume.

In the tweet by Bloomberg, the outlet underlines that the Binance CEO pointed to Musk and Tesla's $1.5 billion bet on Bitcoin, and not Dogecoin. Well, Musk steps in and replies with: "Tesla's action is not directly reflective of my opinion. Having some Bitcoin, which is simply a less dumb form of liquidity than cash, is adventurous enough for an S&P500 company".

But it was this reply here, where he says: "To be clear, I am *not* an investor, I am an engineer. I don't even own any publicly traded stock besides Tesla. However, when fiat currency has negative real interest, only a fool wouldn't look elsewhere. Bitcoin is almost as bs as fiat money. The key word is 'almost'".

Big words there from Musk, who is saying that Bitcoin is just as BS as fiat money... which is well, that's an entire "conspiracy theory" on its own. These tweets will only lead to the masses going and researching "UH, so why does the richest -- and sometimes second-richest to Amazon CEO-for-now Jeff Bezos -- talking about the fiat money system being bullshit?!"

Musk was called out on why he thought Bitcoin was BS, to which he replied: 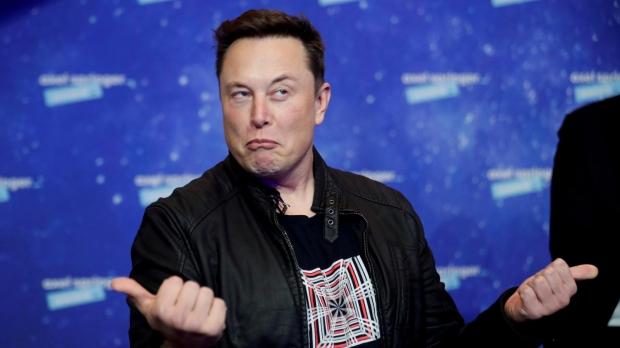