EA just rolled out the version 3.0 update for Star Wars: Squadrons. The new patch brings a host of new features, including a new map, support for fancier HOTAS systems, and new battles. And if you play in VR, you've got better performance to look forward to. 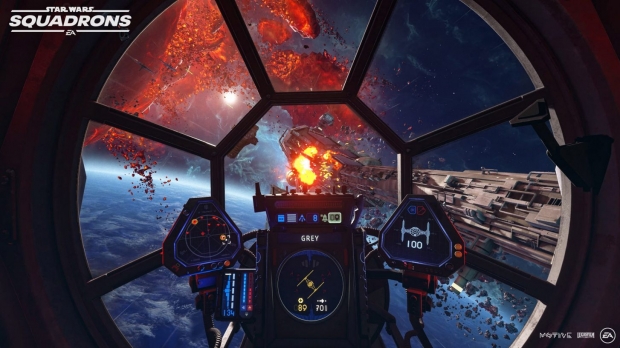 Star Wars: Squadrons is one of the best space dogfighting games to come out in ages. Even more exciting is the fact that you can play the entire game in fully immersive virtual reality. That kind of feature is rare to see in a AAA title, and it's scarce for a game from EA. It's not the company's first VR title, but it's the most full-featured VR title in the company's catalogue.

Thankfully, EA seems to be doubling down on VR support for the game. The new patch is mostly a compatibility update for the next-gen PS5 and Xbox Series consoles that some lucky people have, even though EA said it wouldn't do that. But the patch also includes a few performance and fidelity improvements for VR gamers.

EA said it increased the resolution of the game's skyboxes to support higher resolution headsets. In other words, the game should look even better on HP's new Reverb G2. The latest patch also includes an option to adjust the resolution scaling, so you can adjust the image clarity to match your system's performance.

The new patch also includes support for forward rendering, which can improve rendering performance while also enhancing antialiasing quality. Version 3.0 also uses a "less intensive forward shading" technique when you set the lighting quality to low in the options. EA said this should enable lower-spec computers to run the game in VR.