NewsReviewsArticlesGuidesGamingAsk the ExpertsNewsletterForums
GIVEAWAY: Get in the game with XPG - keyboard, headset and mouse pad
CPU, APU & Chipsets

AMD is really shaking things up in an even bigger way with its new Zen 3 architecture and upcoming Ryzen 5000 series processors, but a new rumored $220 chip could do some truly huge damage to Intel.

If you were to mix the Ryzen 5 5600 or Ryzen 5 5600X with a cheap 500 series chipset motherboard and some fast DDR4 RAM, you're going to have a damn potent killer gaming system. Mix that in with the upcoming RDNA 2-based Radeon RX 6000 series graphics card (or GeForce RTX 30 series card) you would have a kick ass rig for 2021 gaming and beyond. 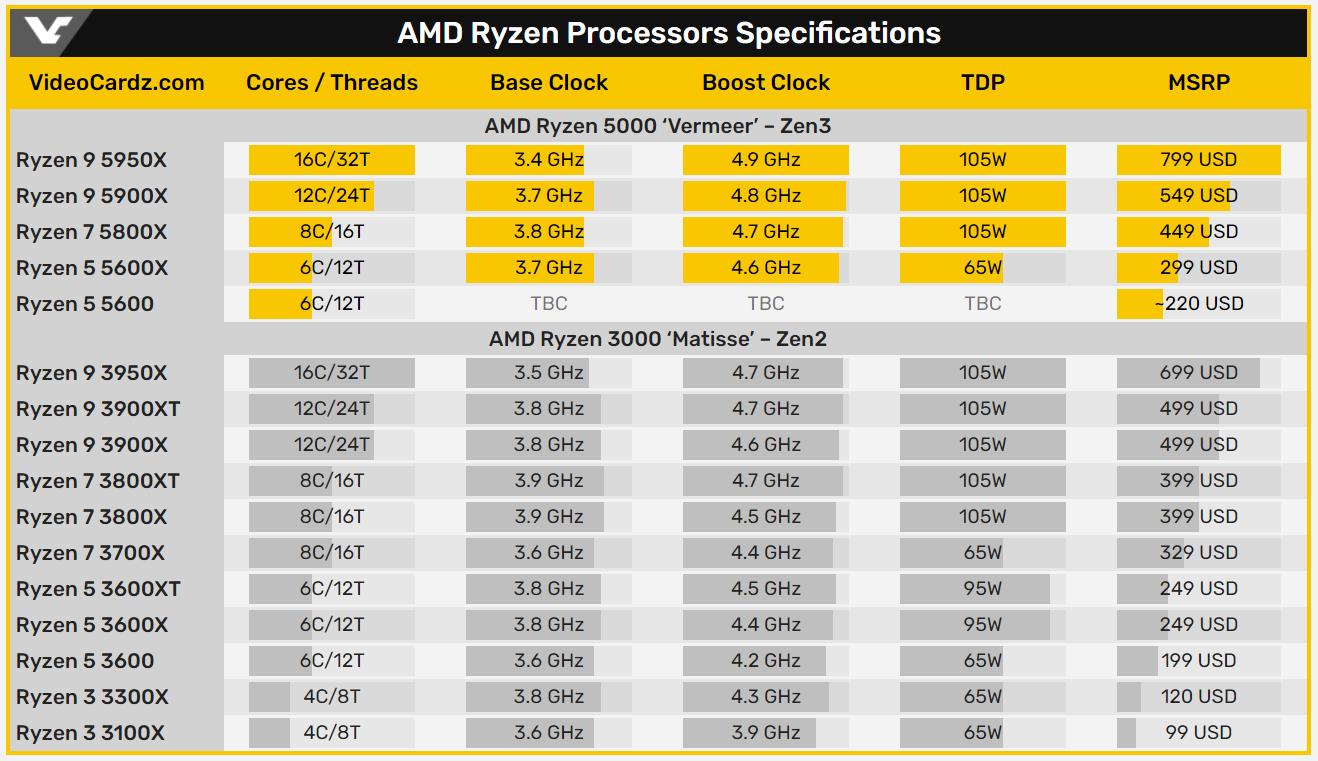 Full specs thanks to VideoCardz.