AMD has unveiled its new Zen 3 architecture and with it the new Ryzen 5000 series CPUs, led by the flagship Ryzen 9 5950X processor. It is a powerhouse processor, the shining flagship of the Zen 3 chips. 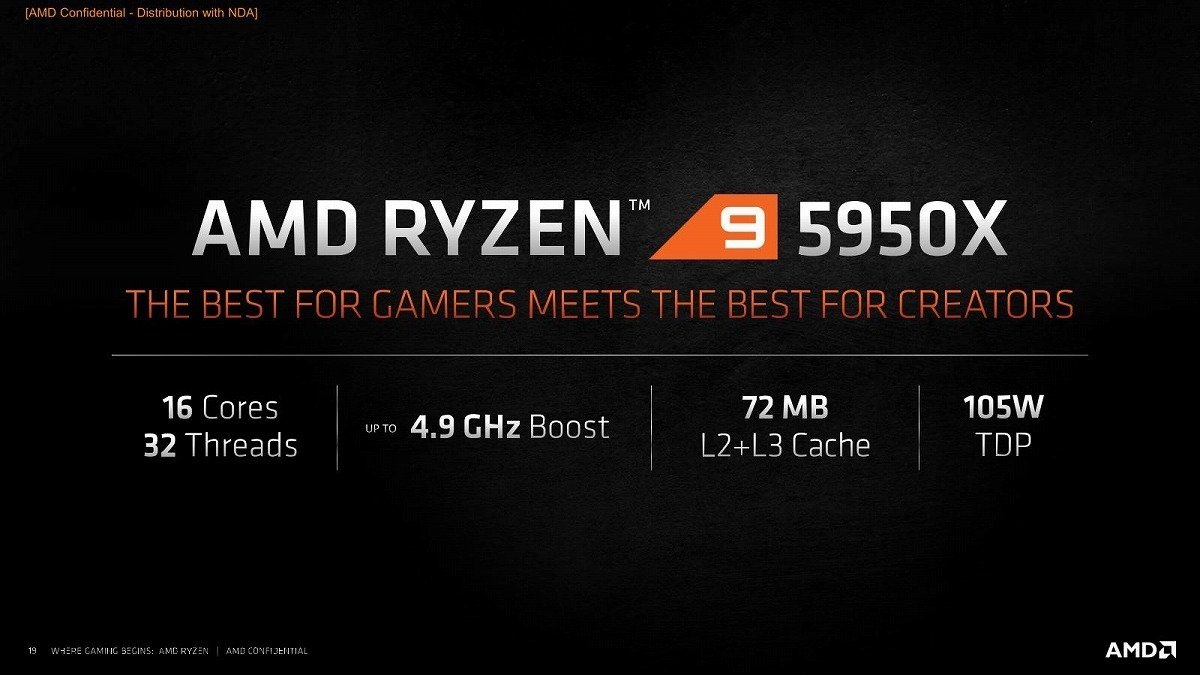 We have a monster 16-core/32-thread at up to 4.9GHz, with performance that is between 5-27% faster than the current Zen 2-powered flagship Ryzen 9 3900XT processor in content creation situations. In gaming, the new Ryzen 9 5950X is up to 29% better in gaming -- where gamers are going to dive right onto it once it launches.

Another big selling point is that the Ryzen 9 5950X is just $799, and will be available November 5 -- something that I'm sure AMD fans will remember, remember, the 5th of November as the day AMD unleases the Ryzen 9 5950X. A serious chip that will dethrone Intel in a big way for the rest of the year, and into 2021. 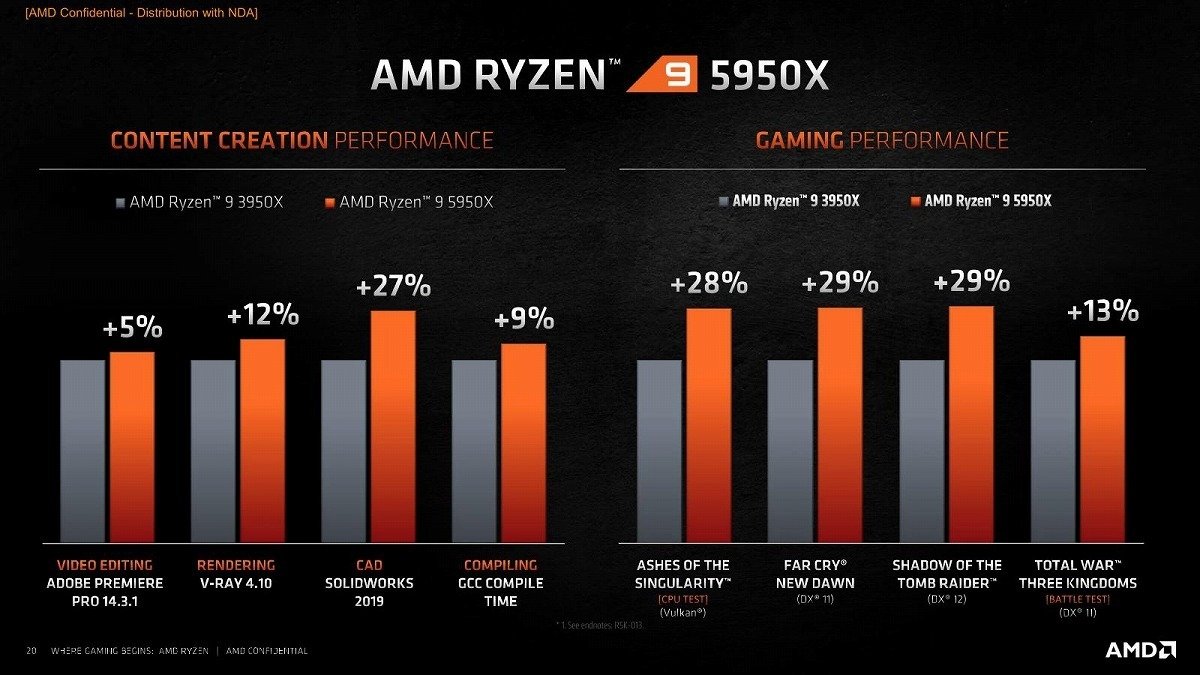 AMD is only using a handful of games here -- I don't like to even talk about Ashes of the Singularity, so I'll tackle the improvements in Far Cry New Dawn and Shadow of the Tomb Raider, which are up by a huge 29% over the Ryzen 9 3950X. 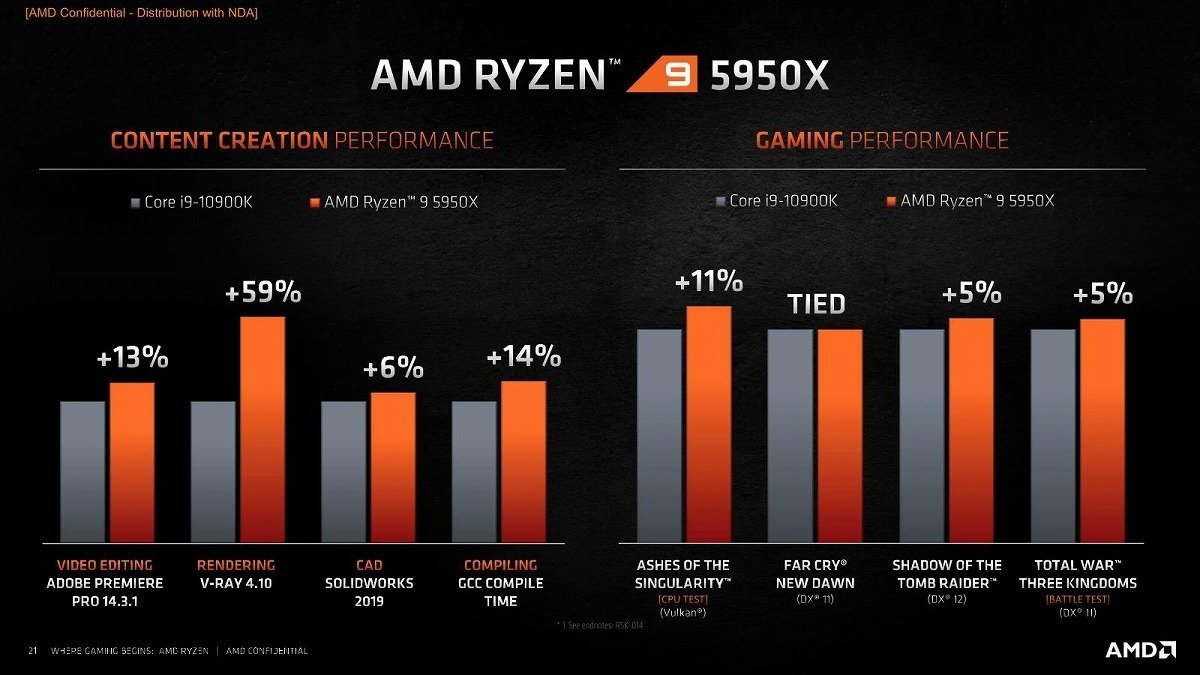