AMD has made its next-gen Zen 3 architecture official, unveiling its new Ryzen 5000 series CPUs (skipping over the desktop Ryzen 4000 nomenclature). 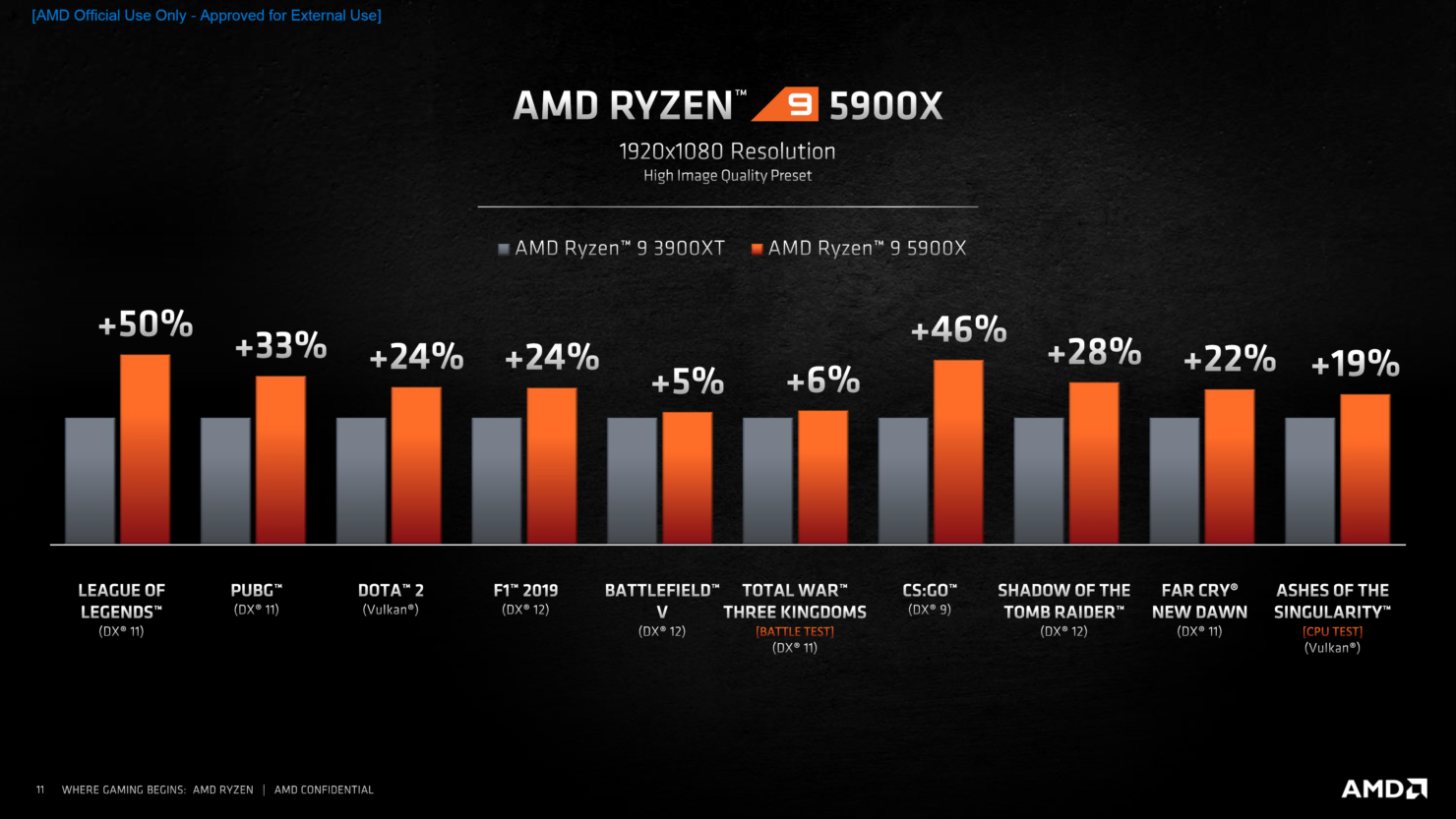 But where the majority of the performance is coming from is in the huge IPC uplift with the tweaked Zen 3 architecture, which delivers some truly magic 1080p gaming performance. It delivers a solid uplift of performance over Intel's flagship Core i9-10900K, so if you were waiting for Zen 3 to drop and didn't get Intel's new 10th Gen Core CPU then the Ryzen 9 5900X is a beast for $549. 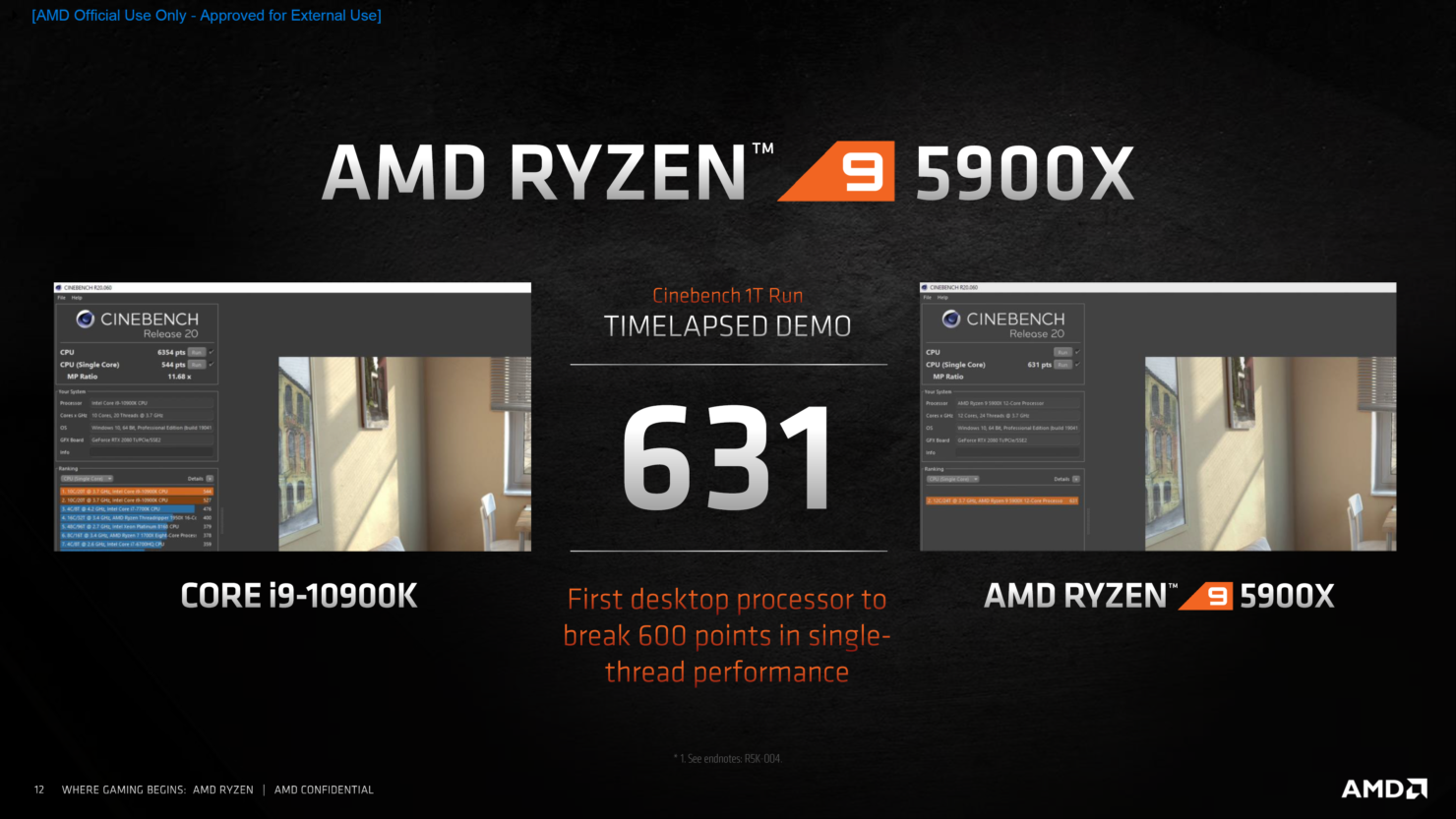 Speaking of IPC improvements on Zen 3, the Ryzen 9 5900X is a single-threaded Hercules, being the first processor to breach 600 points in single-threaded performance in Cinebench. This is up even against the Intel Core i9-10900K once again destroying it.

AMD has just caught up, glanced at in slow-mo, and speed off away from Intel with Zen 3. 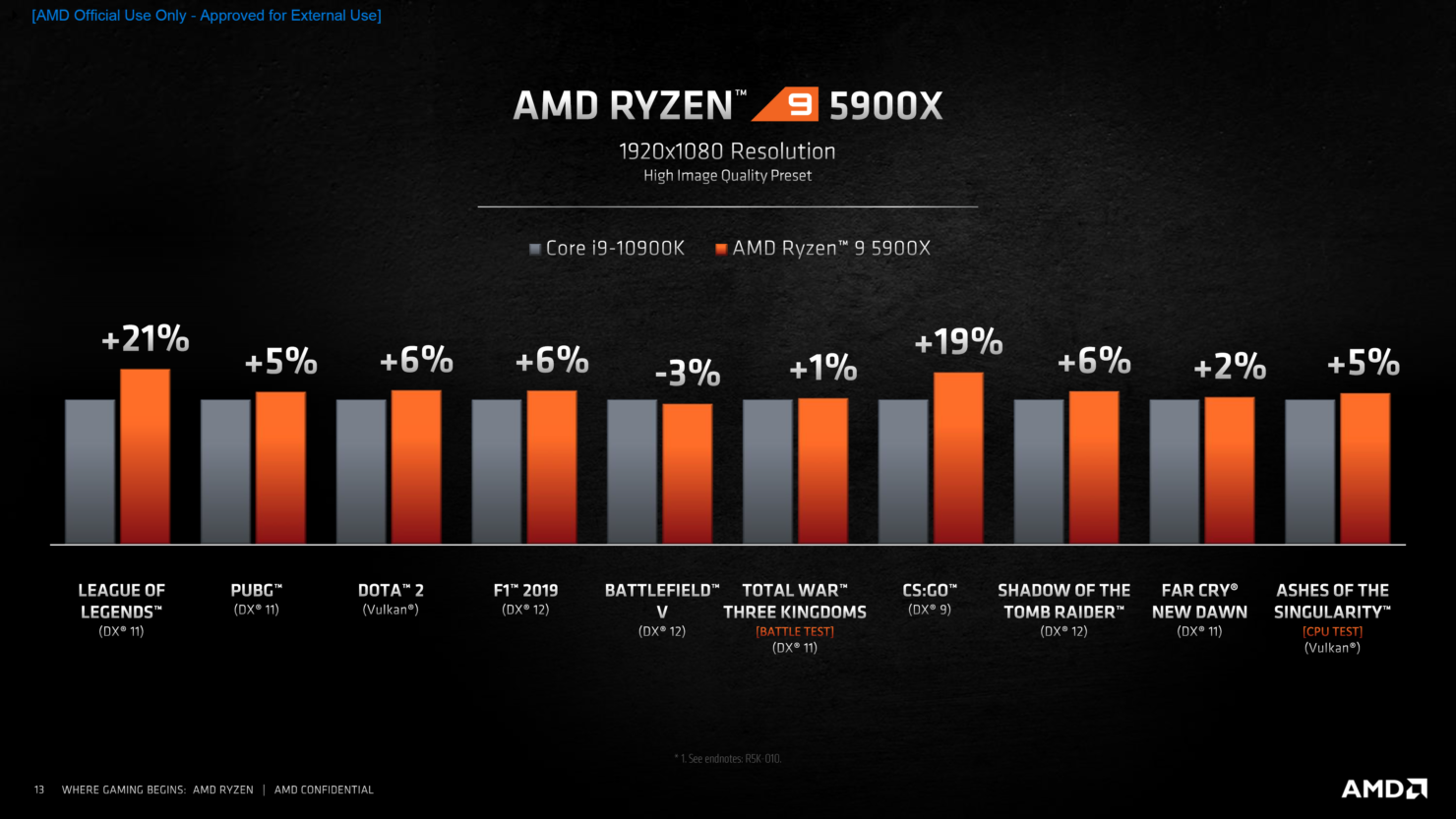 Even in higher-end flagship AAA games and popular esports games, the new Ryzen 9 5900X easily beast the Core i9-10900K. It's an impressive feat, and a good spread of games that AMD is showing off here. I just need to get my hands-on a few of these processors now! 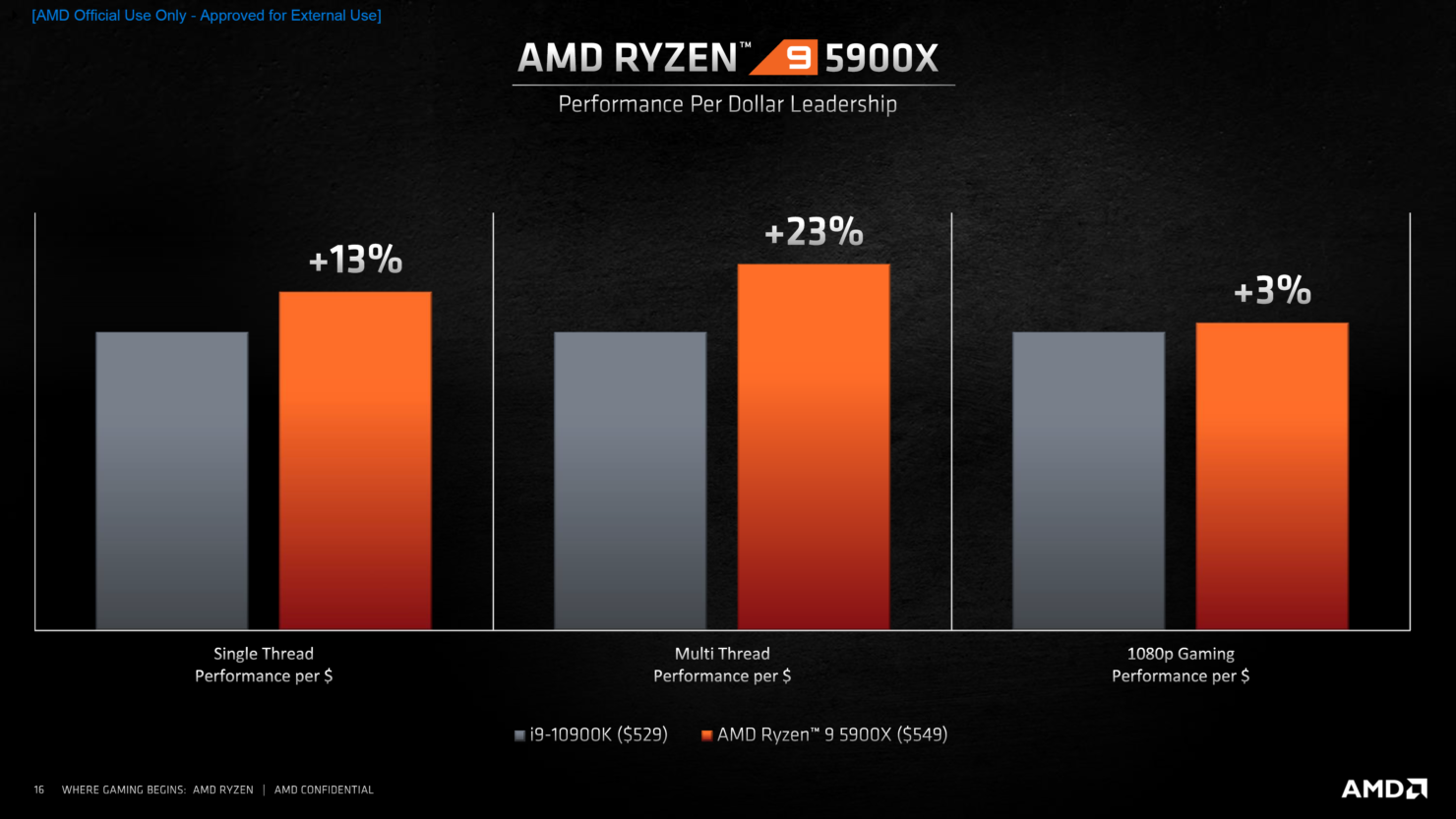 AMD has some great performance-per-dollar metrics against the Core i9-10900K processor.