Beyond Good and Evil 2 could be Ubisoft's first major AAAA game, and rightly so, considering it's the biggest project the publisher has ever taken on. 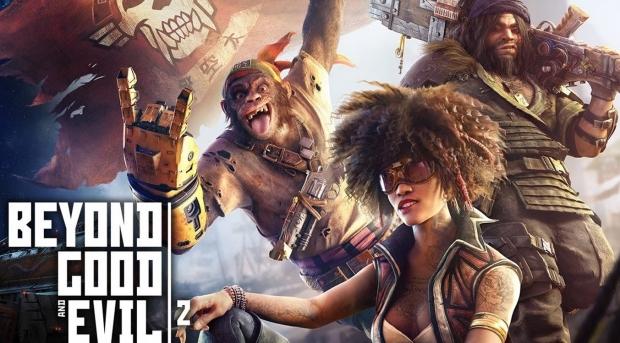 Ubisoft hasn't talked about it for a while, but a LinkedIn bio for Ubisoft France senior art technical director Cyril Masquilliere delivers some new tidbits about Beyond Good and Evil 2. The online-only live game is targeting next-gen PlayStation 5 and Xbox Series X consoles, which isn't a surprise. What's a big interesting is how it's referred to as a "AAAA" game.

This isn't the first time we've seen AAAA tossed around. The term was first used an in an old, now-altered job listing for Microsoft's The Initiative studio, which was branded as a AAAA game developer working on a huge project. Ubisoft's Beyond Good and Evil 2 is big in earnest, though, and has some far-reaching ambitions that could set the game up for a decade-long run of sales and monetization.

"Beyond Good and Evil 2 (Next Gen), AAAA, Open Universe," the bio reads. Short, succinct, and to the point.

Microsoft's project is backed by The Coalition and The Initiative, but the teams aren't necessarily set up to tackle such a big project--especially since Microsoft rotates contractor work every 6 months. Ubisoft is far better suited to tackle a so-called AAAA game due to its large workforce and global teams.

So what makes Beyond Good and Evil 2 such a good fit for AAAA? What makes it so ambitious?

Back in 2018, Ubisoft confirmed some major features. BGE2 is an online-only, action-driven open-universe game with extensive games-as-a-service elements and emphasis on engagement and co-op. There was no talk of monetization, but expect that to be included.

"Beyond Good and Evil 2 is an online, multiplayer game with a rich co-op and seamless experience. As such, the game will only be playable with an internet connection in order to have seamless navigation, receive dynamic updates, and play with friends (which is certainly better when you're playing as a Space Pirate!)," Ubisoft said.

BGE2 is built with the new proprietary Voyager Engine, a vast and powerful system that allows for galactic exploration, co-op play, and immersive action. The game has a kind of No Man's Sky galactic scope, complete with inter-connected systems that you can fly to in your ship. What makes BGE2 so ambitious is its juggernaut scale and its tiered approach to size; there's the galactic systems, then the planets, which house multiple biomes, sprawling cities, and various areas to uncover.

"Technically, there's absolutely no limit to the distance between different players in the game, and that was made possible thanks to our engine, Voyager."

This sheer size comes at a steep cost, though. Ubisoft hasn't said a peep about Beyond Good and Evil 2 for years now and the game could've shifted tremendously since Ubisoft changed up its editorial team, a group of high-level executives that oversee all creative decisions at the company. Ubisoft overhauled the team in 2019, and then purged various high-ranking members in 2020 due to the sexual allegation controversy.

The game is still apparently in development, though, as many LinkedIn pages assert.

Right now Ubisoft plans to kick off its biggest fiscal year of all time. The company is pulling a hail-Mary by releasing a new Watch Dogs, Assassin's Creed, and Far Cry game all in the same fiscal year timeline, and expects to see record net bookings as a result.