We've had a couple of fresh nuggets of info about Battlefield 6, where industry insider Tom Henderson tweeting that the team at DICE have been designing Battlefield 6 maps for 128 players -- with 32 v 32 still a key focus.

But it was the second tweet about Battlefield 6 that had my attention, where Henderson tweets: "Battlefield news; There's also been increased interest in Battle Royale due to the success of Warzone. No confirmation of a BR in the next Battlefield yet, but could EA and DICE be planning a F2P Battlefield experience?"

So the EA DICE team have been eyeing off that huge success of Call of Duty: Warzone and its incredibly addictive battle royale mode. He has "no confirmation" of battle royale in Battlefield 6 just yet, but does note that the team could be planning a free-to-play Battlefield experience.

We recently saw an entire building collapse in Battlefield 6 -- or at least we thought we did, and we also heard about Battlefield 6 having a modern setting and supporting up to 128 players, and EA boss Laura Miele recently saying the team are "creating epic battles at a scale and fidelity unlike anything you've experienced before" in Battlefield 6.

The tweet with the aforementioned building collapsing, taking place right at the beginning of the video.

DICE isn't a stranger to battle royale in Battlefield, where Battlefield V had its own battle royale mode in Firestorm. It was not good at all, where Warzone completely destroys it in comparison. There is literally no comparison to how good Warzone is versus Firestorm.

But I'm sure EA DICE have been playing the hell out of Warzone and injecting their own Battlefield take on battle royale, something I'm sure we're going to hear more and more about as we lead into the end of the year with next-gen graphics cards and next-gen Sony PlayStation 5 and Microsoft Xbox Series X consoles. 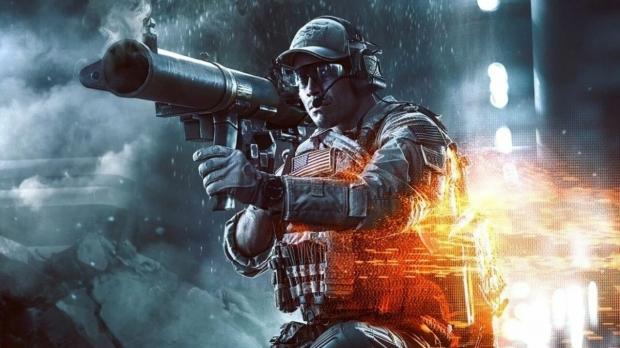