EA has had mega success in Apex Legends over the last month, but it's time for Battlefield V to shine with the launch its exciting new battle royale mode, Firestorm. Check out the trailer below directly from the official Battlefield Twitter account:

In what seems to celebrate the release of Firestorm, EA is dropping the base version of Battlefield V by 50% today, with the standard edition costing $30 while the deluxe edition costs $40. You'll get a bunch of extra stuff in the deluxe version of Battlefield V, which includes 5 paratrooper outfits, special assignments, and 20 weekly Airlifts with customization items. PC users will get the Firestorm ranger set, paratrooper gear, and instant access to Battlefield 1 weapons.

A ring of fire (Firestorm, duh) will slowly shrink around the 64 players (or 30-40 players after the initial wave of insta-deaths from fighting when you hit the ground). You and your team mates will have to find weapons, new gear, and resources while bee-lining for the Re-supply Points for better loot, and Vehicle Lockups.

The current flock of battle royale games feature vehicles here and there, but this is a Battlefield game. In Firestorm, vehicular combat is something much bigger as there are a huge 17 different vehicles to use. There's even helicopters and tanks, which really changes things up for battle royale, making Firestorm stand out from Fortnite, Apex Legends, and PUBG. 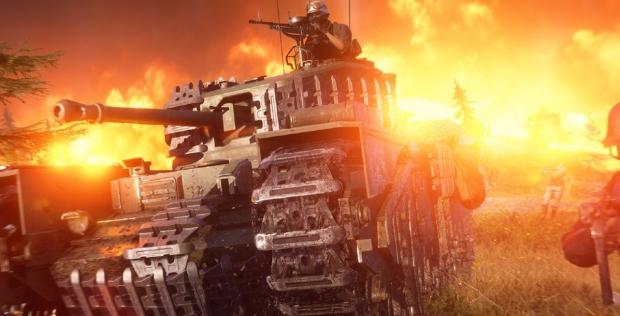