Outriders isn't even out yet, and People Can Fly is already working on a new AAA IP for next-gen consoles at its newly expanded studio. 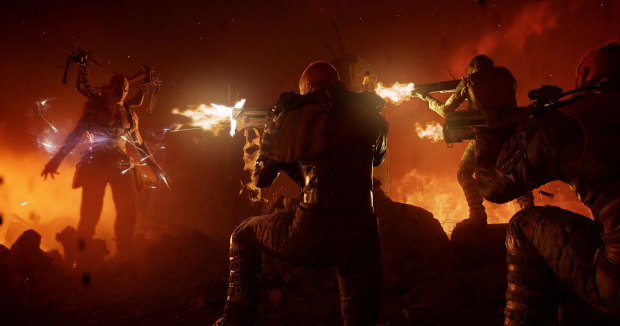 People Can Fly, the devs behind Square Enix's new interesting-looking multiplayer shoot-and-loot game Outriders, is making a brand new AAA IP for the new PlayStation 5 and Xbox Series X generation of consoles. The new project will be led by People Can Fly's fresh New York-based studio, which will work with its other UK and main Polish branches.

The studio also says that its different branches will work on different games. While People Can Fly Rezszow and UK will assist in the game, the main studio in Poland will be mostly focused on Outriders.

"We are excited to announce the development of a new original AAA title planned for release on next-generation consoles, streaming platforms, and PCs," the devs wrote in an announcement. "The new project will be led by People Can Fly's New York studio which plans to hire dozens of new staff over the next year."

"Last year we announced the opening of our New York studio and revealed Outriders for the first time. Today we have surpassed 250 staff and are excited to announce the next chapter in the development of our company. Our intention from the beginning has been to expand People Can Fly into a multi-project studio and continue to build a global presence for our brand. With the launch of the next-generation consoles later this year, we are incredibly excited about the future of People Can Fly and the games industry as a whole."

No details on a publisher have been announced yet, but People Can Fly did team up with Square Enix for Outriders.