Intel has been hurting for many years now, and in that time AMD has been shining brighter than the brightest star in the sky. 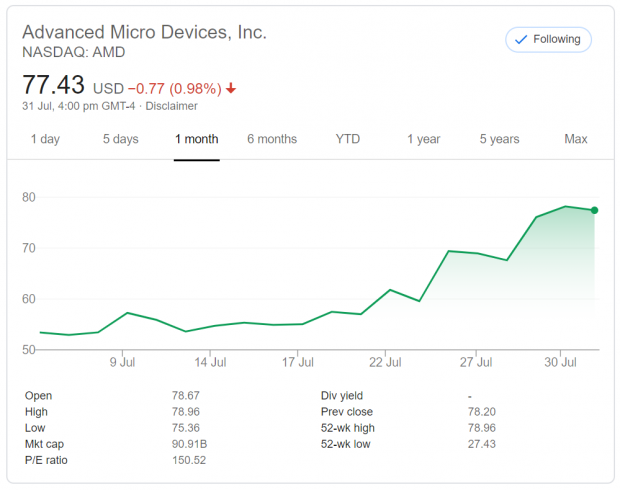 AMD stock has been enjoying a healthy ride towards the moon, with Intel's recent stumbles seeing AMD stock reaching record highs of nearly $80. At the time of writing, AMD stock was at $77 with a market cap of $90.9 billion.

Intel in comparison has their stock at $47 while they enjoy a larger $201 billion market cap. 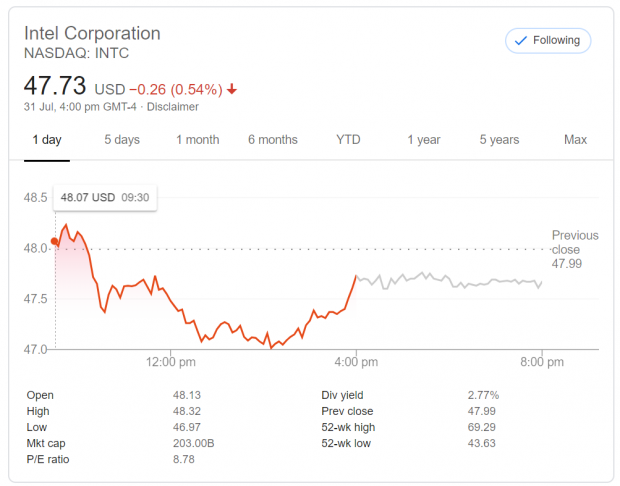 Intel fell on its face with the 7nm delay mess, which recently saw the company delaying its 7nm chips until 2022 at the very least and seeing its hardware chief walking out the door on August 3. All the while AMD is printing money with its 7nm CPUs and GPUs and is about to launch 7nm semi-custom chips for the next-gen Xbox Series X and PlayStation 5 consoles.

Not only that, but AMD is about to unleash its RDNA 2 graphics architecture and a family of next-gen Radeon RX graphics cards. Oh, and then we have the new Zen 3 architecture and Ryzen 4000 series desktop CPUs that aren't too far away.

Talking about desktop AMD processors, Ryzen 3000 series CPUs have been killing it and taking market share from Intel all over the world. Hell, AMD now commands 50% of premium CPU sales worldwide -- imagine that headline 10 years ago.