Samsung is expected to unveil its successor to the Galaxy Fold smartphone at its Unpacked 2020 event on August 5, where we should also be introduced to the new Galaxy Note 20 smartphones. 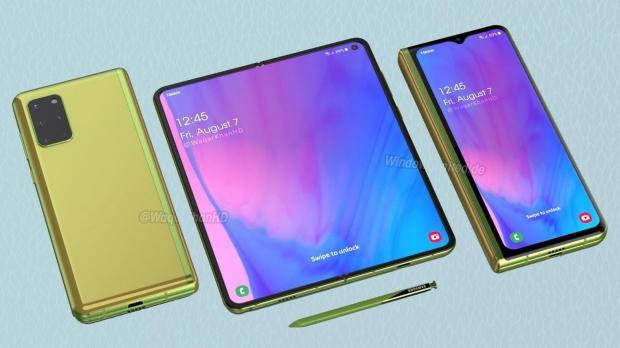 But when it comes to the Galaxy Fold successor most people thought it would be called the Galaxy Fold 2, but now we're seeing new reports of the 'Galaxy Z Fold 2' -- which seems to be a re-brand of the Galaxy Fold. Remember that Samsung has two foldable phones right now: the Galaxy Fold as its flagship foldable, while there's the cheaper, and clamshell-style Galaxy Z Flip.

The new reports suggest that Samsung's purported Galaxy Z Fold 2 will feature a 7.7-inch Youm On-Cell Touch AMOLED (Y-OCTA) display with a super-slick 120Hz display. Samsung will also reportedly be using the same Ultra-Thin glass that it did on the Galaxy Z Flip smartphone.

We should expect Samsung to unveil the Galaxy Fold 2, or the Galaxy Z Fold 2 if these new rumors are true, on August 5 at Galaxy Unpacked 2020.