The Switch Lite and transforming Switch have both sold over 800,000 units in the United States in April, the NPD Group reports. 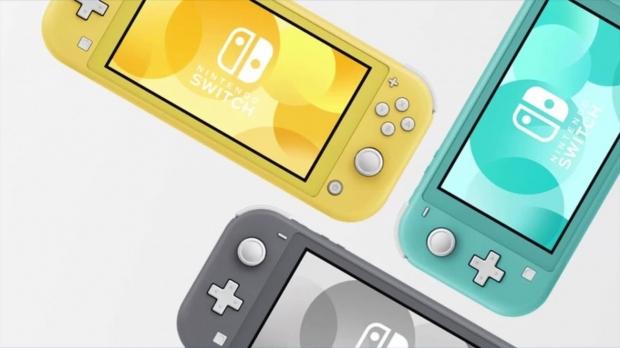 April 2020 was a huge month for the games industry thanks to coronavirus lockdowns. Not only have digital earnings hit a new high of $10.5 billion, but game spending in the U.S. is up to an all-time new April high of $1.46 billion.

Now we have more insight on how these numbers break down. Hardware was up an incredible 163% YoY to $420 million, driven primarily by the Nintendo Switch's huge sales surge. The PS4 and Xbox One also saw a hefty uptick in sales too, despite being 7 years into their respective lifecycles and a brand new console generation on the way.

Here's what the hardware sales numbers look like for April 2020 in the U.S.:

So far the Nintendo Switch has broken 55 million sales and shows no signs of stopping.

Sony's PlayStation 4, on the other hand, is slowing down after hitting its peak in 2017, but still has amassed a tremendous 110.4 million consoles sold worldwide. The Xbox One still remains mysterious since Microsoft started withholding actual console sales, but estimates peg it around 40-42 million units. 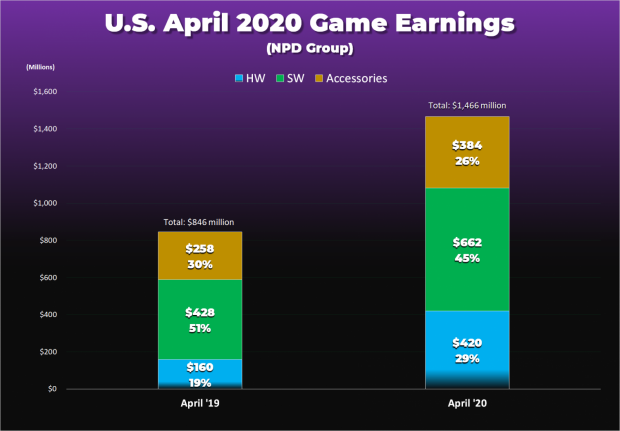