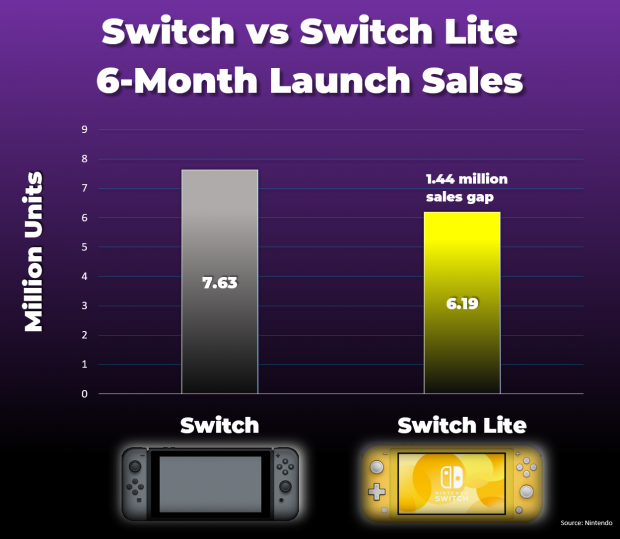 The Switch sold 7.65 million units in its first 6 months on sale, just 1.44 million units higher than the Switch Lite. The cheaper $199 portable shaves off a number of features--no TV docked play, for instance, and a lower-clocked GPU that's locked at 302.7MHz--but the $100 price drop is a huge driver for widespread adoption.

The system has been accretive to Nintendo's business. Despite releasing only halfway into the fiscal year, the Switch Lite contributed nearly 30% to the total 21.03 million Switch consoles sold in the FY2020 period. 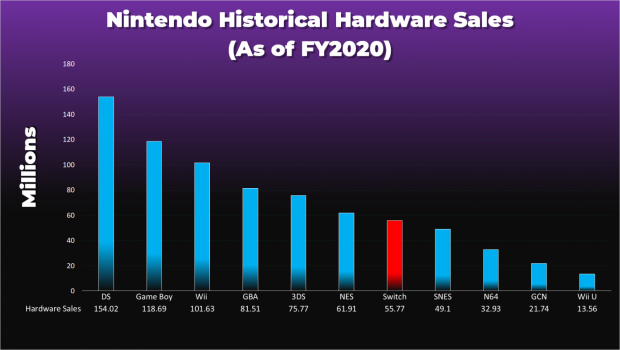 So what does this mean for Nintendo? Lots of earnings from a new hardware source, of course.

The Switch Lite will replace the 3DS as an affordable and portable option for Switch gamers. It's part of a new ecosystem family of Switch products and complements the true hybrid system quite well. We don't expect the Switch Lite to dominate overall Switch sales, but act as a strong entry point to the billion-dollar software ecosystem.

In short, the Switch Lite will continue selling well and should grow over time. How much it grows of course depends on availability--which is slim right now--and demand, which is particularly driven by new software.