Today Netherealm announced Mortal Kombat 11: Aftermath, a huge new expansion that expands the story and adds one of the most iconic 90s heroes of all time.

The new MK11: Aftermath expansion is a pretty big deal for Mortal Kombat fans. Aftermath takes place after the events of the game's dazzling time-travelling narrative and spins a new tale as Fire God Liu Kang teams up with Shang Tsung, Sheeva, and other unlikely allies to battle it out against Kronika.

There's a handful of new playable characters that include Fujin, god of the wind, half-dragon Shokan fighter Sheeva, and RoboCop, who needs no real introduction. First we had Terminator, then Spawn joined the roster, and now RoboCop is in too. 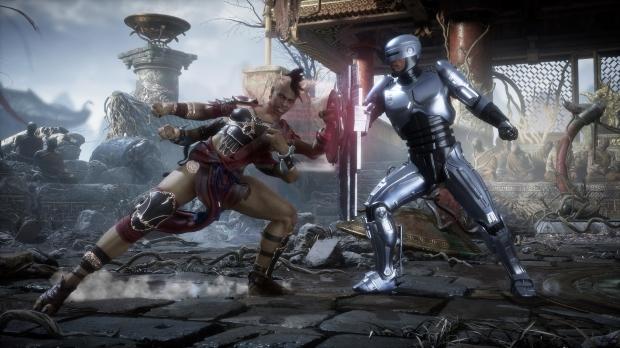 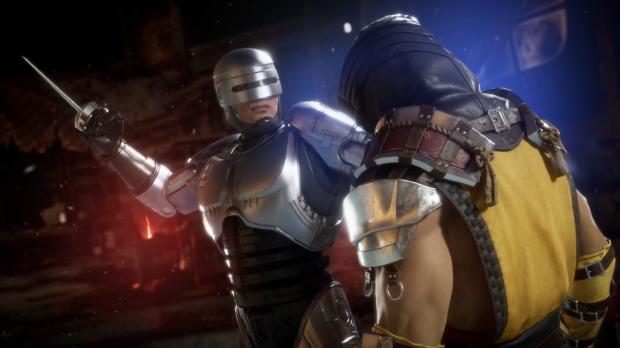 RoboCop has his signature spike and massive futuristic gun combo to wreak total havoc. I personally can't wait to try him out. 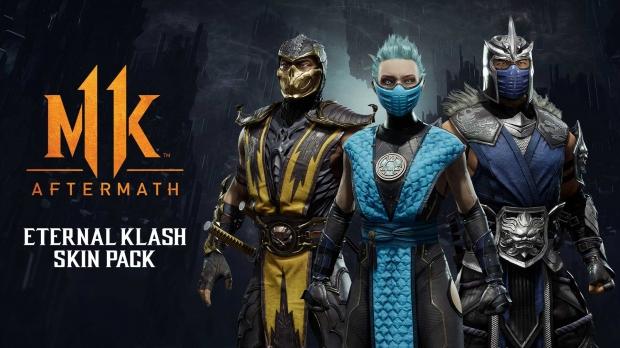 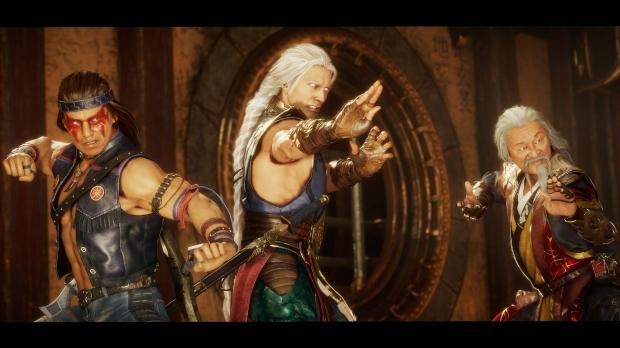 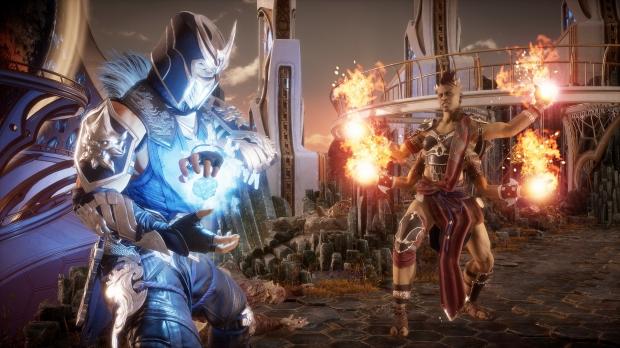 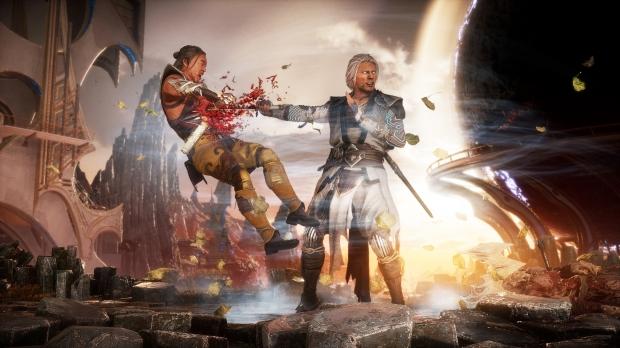 "Mortal Kombat 11: Aftermath picks up right where Mortal Kombat 11 ends. Liu Kang has finished Kronika. He and Raiden are at the dawn of time, where they prepare to use Kronika's Hourglass to restart history. But those preparations are halted when some unexpected guests arrive - Fujin, Nightwolf, and Shang Tsung," Netherealm story director Dominic Cianciolo said on the PlayStation Blog.

"Liu Kang's only solution? To send Shang Tsung, Nightwolf, and Fujin back into the past to retrieve the Crown before Kronika can even possess it. It's a plan that's so crazy it just might work, if Liu Kang can keep Shang Tsung from double-crossing him..."

Friendships are also returning! Remember those? New fatalities will also be added, but they're not in every stage and they're quite secretive.

Aftermath will be sold separately for $39.99, and as part of the new Mortal Kombat 11: Aftermath Kollection, which includes the base game, Aftermath, and the most recent Kombat Pack for $59.99

Here's a ton of info on Aftermath straight from WB Games: 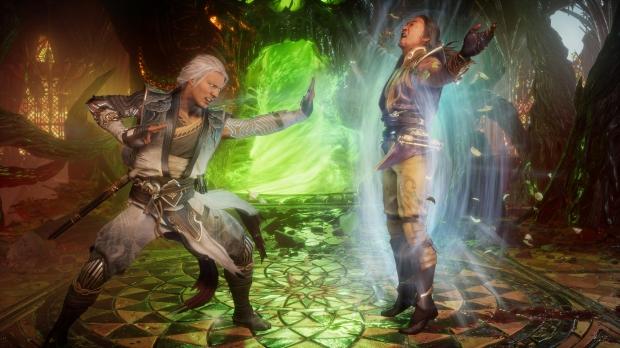 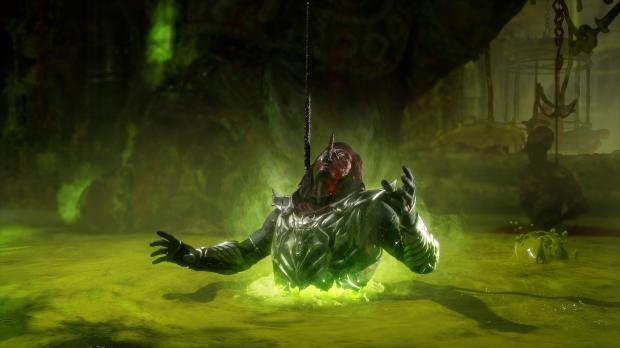 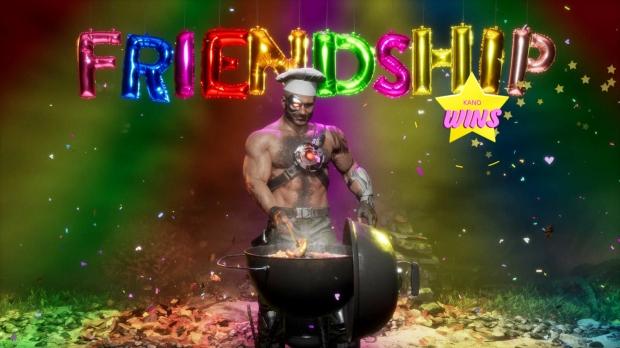 • Franchise-First Story Expansion - The critically acclaimed story campaign continues with an all-new cinematic narrative that picks up directly where Mortal Kombat 11 left off. Fire God Liu Kang, the new keeper of time and protector of Earthrealm, must now enlist the help of unlikely allies and familiar foes to forge a new history as the fate of two worlds hang in the balance.

• Exciting New Characters Join the Roster - New playable characters join the fight with the triumphant return of Fujin, the God of Wind who serves as Earthrealm's protector alongside his brother Raiden, and Sheeva, the fourarmed, half-human and half-dragon queen of the ancient Shokan race. RoboCop, the iconic, highly advanced cybernetic police officer, makes his first appearance in the franchise, continuing the pedigree of popular Mortal Kombat guest fighters. RoboCop in Mortal Kombat 11: Aftermath features the voice and likeness of actor Peter Weller, who portrayed the popular character in both the original "RoboCop" (1987) film and "RoboCop 2" (1990) sequel. Mortal Kombat 11: Aftermath will also include three new character skin packs to be released over time.

• Fan-Favorite Stages, Stage Fatalities & Friendships Return - In conjunction with the Mortal Kombat 11: Aftermath release, all Mortal Kombat 11 owners will have access to a free content update featuring new Stages, including the return of the Klassic Dead Pool and Soul Chamber arenas; Stage Fatalities, the fan-favorite finishing moves that use the environment to destroy opponents; and the popular Friendships feature, allowing players to take down their adversaries with a hint of kindness.

• Best-In-Class, Brutal Kombat - Mortal Kombat 11 is the latest installment in the critically acclaimed franchise, providing a deeper and more personalized experience than ever before. The best-selling title is packed to the brim with multiple features and modes for all players, including the Story mode, Custom Character Variation System, Towers of Time, Kombat League, The Krypt and the signature roster returning and franchise-first fighters, all equipped with powerful Krushing Blows and unique Fatalities that display devastatingly brutal cinematic visuals.